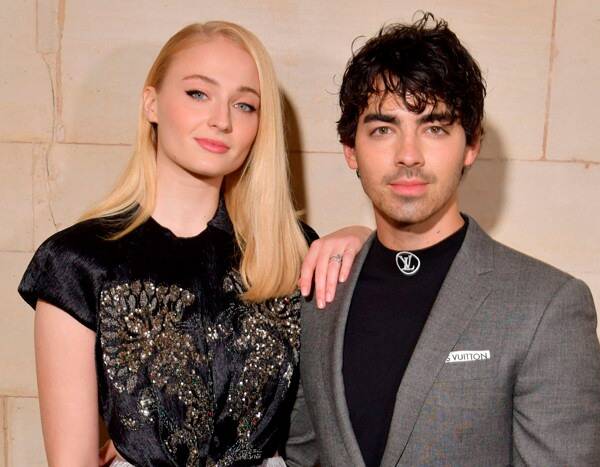 The 23-year-old actress, who plays Sansa Stark on Game of Thrones, has in recent months talked to the press about battling depression and an eating disorder. In a new interview, she gets candid again about her issues, noting that at one point, she lost so much weight that her periods stopped.

She told the Sunday Times in a new interview that when she first met Jonas when she was 20, she “was going through this phase of being very mentally unwell.”

Turner was 15 when Game of Thrones, her first onscreen acting project, debuted in 2011. Social media was becoming mainstream. She told the Sunday Times she wished she never had her adolescence “displayed in public” there. In April, Turner told Dr. Philon his podcast, Phil in the Blanks, that negative comments about her character on social media caused a decline in her mental health, following “five or six years” of battling depression, and added, “I used to think about suicide a lot when I was younger.”

Turner had a problem with body image. She told the Sunday Times she was “desperately unhappy” and a “complete mess,” and even considered suicide at one point. At age 19, she sought therapy.

“Suddenly, everyone’s metabolism slows down at 17, 18 and then that’s documented,” she said. “My skin and everything. People commenting on it. I was too aware of my body at a young age. And it just kind of took over my mind, it was all I would think about. Calorie counting, everything. ‘Oh, I’ll just eat nuts today.’ I stopped having my period for a year—that’s when I decided to have therapy…I just think it’s so important everyone should have a therapist, honestly.”

Turner had told Marie Claire Australia in comments posted earlier this month, “I have experienced mental illness firsthand and I’ve seen what it came do to the people around [the sufferers] as well.” Turner also recalled how her body changed as she grew older and how film and television studios put pressure on her to lose weight.

She said she sought therapy, adding, “Everyone needs a therapist, especially when people are constantly telling you you’re not good enough and you don’t look good enough. I think it’s necessary to have someone to talk to, and to help you through that.”

Despite its dark side, which plagues millions of people worldwide, social media has also helped Turner find happiness. She and Jonas, 29, met in 2016 after he slid in her DMs, according to the Sunday Times.

They first sparked romance rumors in that November when they were spotted getting cozy at a pre-MTV Europe Music Awards event. They made their relationship Instagram official the following January. Nine months later, in October 2017, they got engaged. Earlier this month, they surprised fans by getting married in Las Vegas after the 2019 Billboard Music Awards, ahead of a larger wedding in France.

In her interview with the Sunday Times, Turner revealed that at some point in their relationship, she and Jonas broke up for one day.

Game of Thrones‘ final episode, after eight seasons, airs on Sunday on HBO.