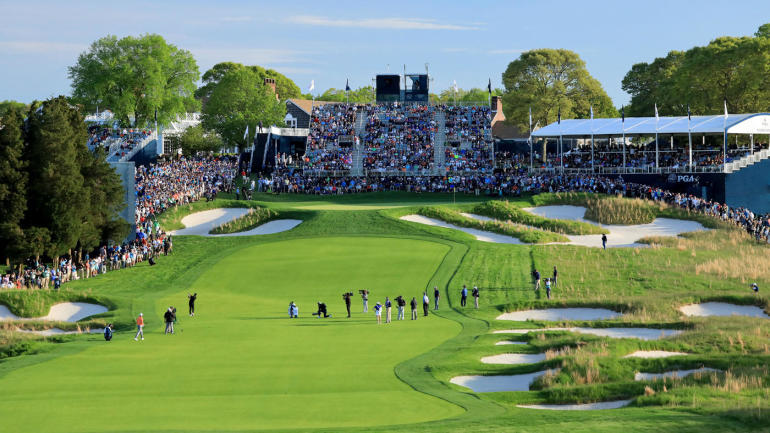 FARMINGDALE, N.Y. — Brooks Koepka is ready for his coronation. The three-time major winner is up seven strokes in what would be his second consecutive PGA Championship as he enters Sunday’s final round firmly atop the leaderboard. Koepka leads a foursome of Dustin Johnson, Harold Varner III, Luke List and Jazz Janewattananond all knotted at T2. Koepka will try on Sunday to shoot his 13th straight round at par or better and put a stake in the ground as only the second player since Tiger Woods to win four majors before turning 30 (Rory McIlroy is also in that club).

The only real drama on Sunday will be how many strokes Koepka can win by because nobody has ever blown a seven-stroke lead in the final round of any PGA Tour event (including majors). Koepka has been a ball-striking machine, gaining nearly 20 strokes on the field from tee to green alone as he tries to become the first person to ever hold two consecutive major titles (U.S. Open and PGA Championship) at the same time.

CBS Sports will be with you the entire way Sunday updating this story with the latest scores, analysis and highlights from Round 4 of the 101st PGA Championship. If you are unable to view the live updates below, please click here.

Thanks for stopping by.