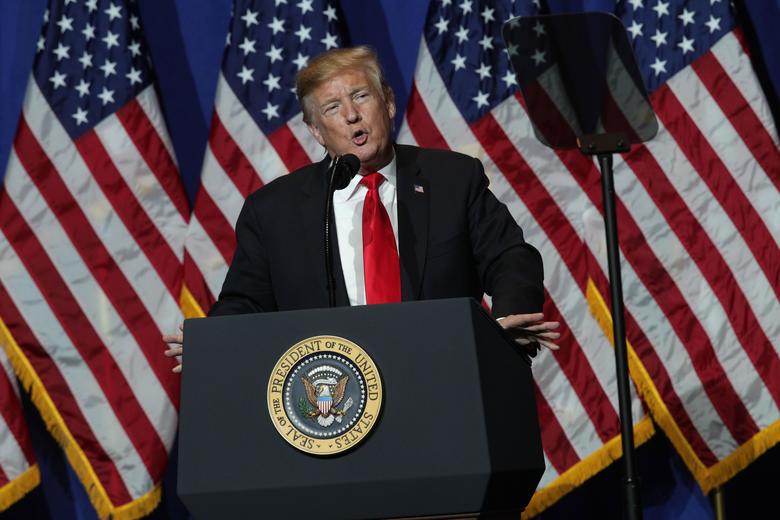 President Donald Trump broke his silence on the recent wave of abortion laws with a series of tweets late Saturday night and made it clear that he backs less restrictive laws than the one recently approved in Alabama. Trump began his Twitter thread by declaring himself “strongly Pro-Life” but noting that comes with “three exceptions—Rape, Incest and protecting the Life of the mother.” Just in case anyone thinks that isn’t conservative enough, the president then pointed out that was “the same position taken by Ronald Reagan.” Trump’s tweet came days after Alabama approved the country’s most restrictive abortion law that only allows the procedure if there is a “serious health risk” to the mother without outlining any exceptions for rape and incest.

As most people know, and for those who would like to know, I am strongly Pro-Life, with the three exceptions – Rape, Incest and protecting the Life of the mother – the same position taken by Ronald Reagan. We have come very far in the last two years with 105 wonderful new…..

As he outlined his position, Trump also called on Republicans to remain “UNITED” on the issue as he gave his administration credit for recent restrictions on abortion rights and predicted the issue would be key in the next presidential campaign. “We have come very far in the last two years with 105 wonderful new Federal Judges (many more to come), two great new Supreme Court justices … and a whole new and positive attitude about the right to life,” Trump wrote.

….Federal Judges (many more to come), two great new Supreme Court Justices, the Mexico City Policy, and a whole new & positive attitude about the Right to Life. The Radical Left, with late term abortion (and worse), is imploding on this issue. We must stick together and Win….

The president then went on to say that “the Radical Left … is imploding on this issue” and he called on Republicans to unite around abortion, implying the GOP should not allow small differences divide them. “If we are foolish and do not stay UNITED as one, all of our hard fought gains for Life can, and will, rapidly disappear!” he warned.

….for Life in 2020. If we are foolish and do not stay UNITED as one, all of our hard fought gains for Life can, and will, rapidly disappear!

With the late-night tweets, Trump broke a period of uncharacteristic silence on the recent waves of abortion laws. Advisers had been warning to the president to stay away from the controversial issues over fears that it could help the expected legal challenges of the new laws as well as distract from ongoing negotiations with Democrats over an infrastructure spending package, Politico reported. Before that though, Trump had been making late-term abortions an issue in recent campaign speeches. Just last month, Trump claimed at a rally in Wisconsin that Democrats are in favor of “allowing children to be ripped from their mother’s womb right up until the moment of birth.”

“The baby is born, the mother meets w/the doctor. They take care of the baby. They wrap the baby beautifully. Then the doctor and mother determine whether or not they will execute the baby.”

Help us continue covering the news and issues important to you—and
get ad-free podcasts and bonus segments,
members-only content, and other great benefits.