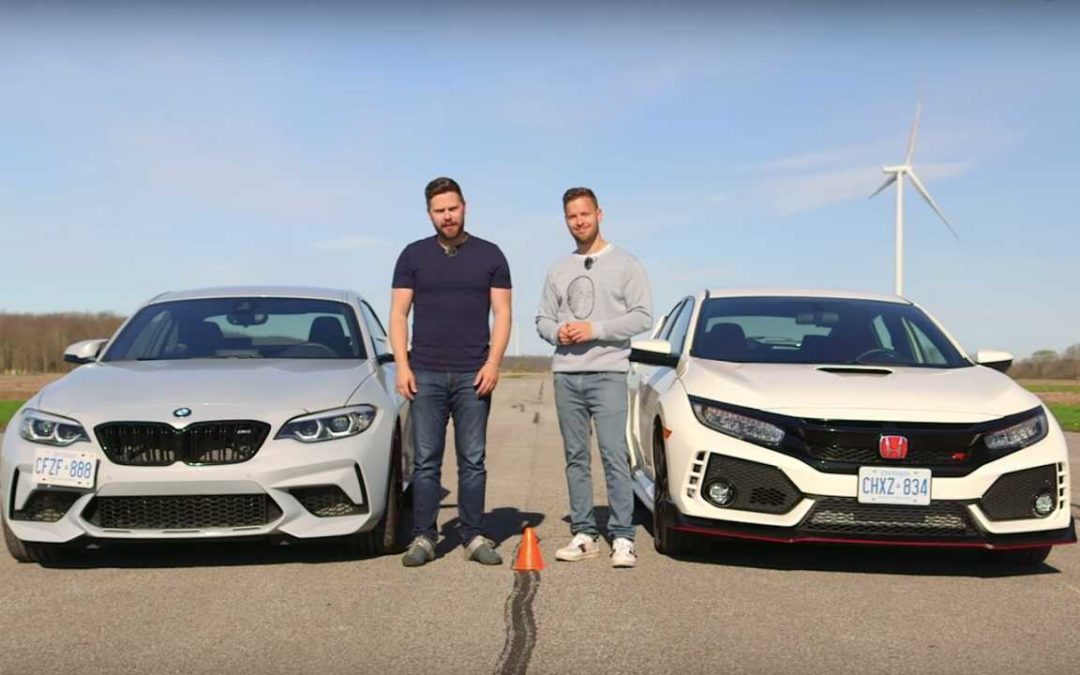 The Civic Type R is faster than the Bimmer at the Green Hell, but is it faster in a standing quarter mile?

Time and again, you’ll come across interesting drag race matchups out there but this one’s a bit unlikely and to be honest, a mismatch. It’s the BMW M2 Competition versus the Honda Civic Type R.

Now, we all know that the Civic Type R is a fast car. In fact, it’s now the fastest front-wheel-drive car in the Nurburgring with a lap time of 7:43.8. Even better, it even beat 10 other cars that lapped the Green Hell, and a lot of them aren’t front-wheel drive. One of those other cars that the Civic Type R outruns in the ‘Ring is the BMW M2 Competition, which lapped 7:52.36.

However, this is a drag race. The Civic Type R is lauded for its on-track performance regardless of its status as a front-wheel-drive car. But in a drag race, the BMW M2 Competition has a lot of advantages over the Japanese hot hatch. To put that in perspective, let’s drop the numbers here first.

The Civic Type R is of course powered by its turbocharged 2.0-liter inline-4 engine that produces 316 horsepower in its Japanese and European. Other markets, like the United States, has a slightly detuned version at 306 hp.

The BMW M2 Competition, on the other hand, has a 3.0L S55B30T0 single scroll twin-turbo engine under its hood, which is its main deviation from the normal M2 coupe. Along with the new mill comes more power, as well, at 405 hp and 406 pound-feet of torque.

The M2 Competition has an obvious advantage over the Civic Type R in terms of power output and with the fact that it’s rear-wheel drive. However, the Japanese hatch is slightly lighter than the Bimmer by around 500 lbs. Will this weight advantage give the Honda a win at the drag strip?

Watch the video on top of this page to find out.