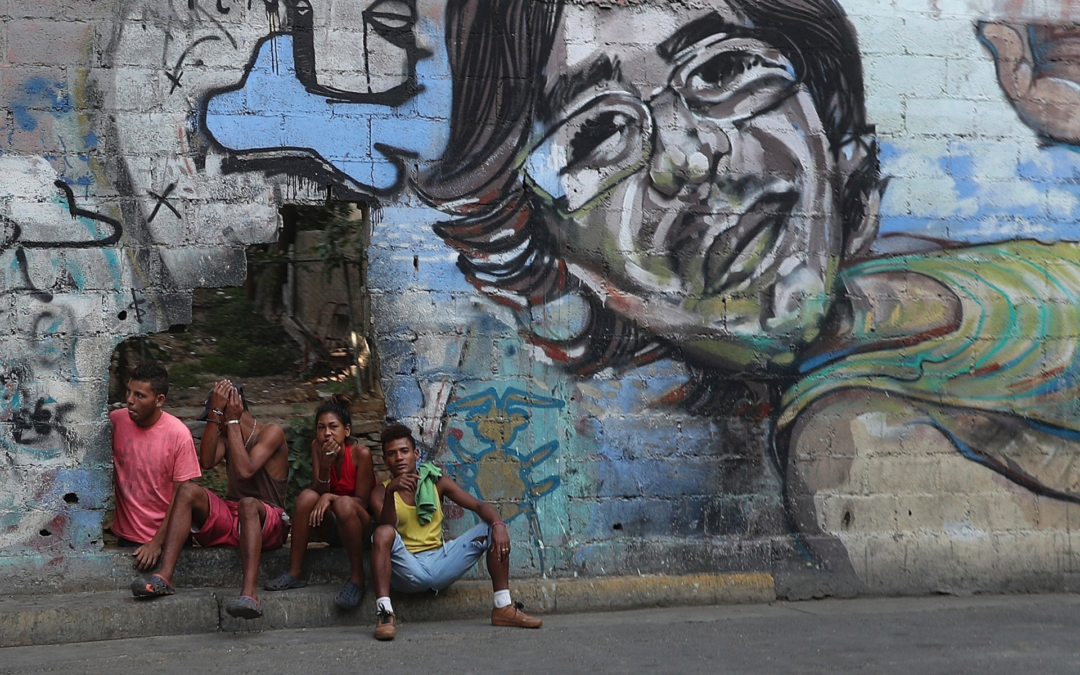 A group of young people rest in a hole in the wall at the Agua Salud neighborhood of Caracas, Venezuela, Wednesday, May 15, 2019. More than 3 million Venezuelans have left their homeland in recent years amid skyrocketing inflation and shortages of food and medicine. U.S. administration officials have warned that 2 million more are expected to flee by the end of the year if the crisis continues in the oil-rich nation. (AP Photo/Martin Mejia)

CARACAS, Venezuela – The latest on the political crisis in Venezuela (all times local):

Officials in Venezuela say representatives of the government and opposition have traveled to Norway for talks on resolving the political crisis in the South American country.

Members of Venezuela’s opposition-controlled congress said Wednesday that senior members of both sides will be involved in the discussions in Oslo.

The National Assembly members spoke on condition of anonymity because of the sensitivity of the talks, which they described as exploratory.

One official said delegations from the two opposing camps were traveling after receiving separate invitations from a group of Norwegians.

Venezuelan President Nicolás Maduro did not directly comment on the talks in televised remarks Wednesday. But he said Information Minister Jorge Rodríguez was on a “very important” mission outside Venezuela.

The United States has suspended all commercial passenger and cargo flights between the U.S. and Venezuela, saying the political unrest and tensions there pose a risk to flights.

Wednesday’s announcement by the Department of Homeland Security affected a dwindling number of flights between the two countries, since U.S. airlines no longer fly to Venezuela. The measure reflects the increasingly sour relationship between the Venezuelan government and the U.S., which is leading a campaign to oust President Nicolás Maduro.

The department says conditions in Venezuela “threaten the safety and security of passengers, aircraft, and crew.” It says the flight suspension will continue indefinitely, though the decision will be reviewed if the situation in Venezuela changes.