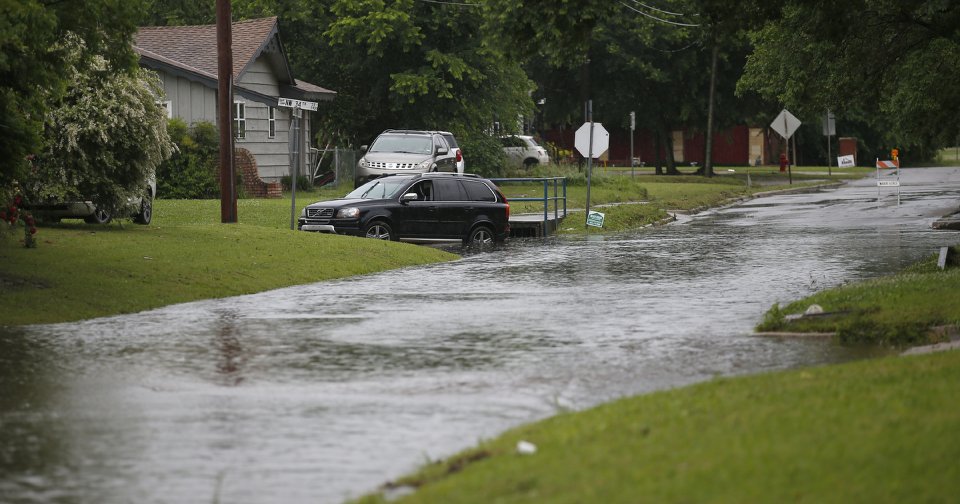 Severe weather caused damage across the state Friday and Saturday and at least two injuries, the Oklahoma Department of Emergency Management reported.

The chance for more damaging weather is ahead Monday in the state, including the Oklahoma City area.

Storms could be severe in Oklahoma City after 1 p.m. The risk of storms continues through Tuesday before skies clear Wednesday in Oklahoma City, the National Weather Service reported.

Early Saturday, two homes were destroyed by a tornado near Geronimo in Comanche County. Trees and power lines were also blown over, the agency reported.

In Coal County, officials reported storm damage to a natural gas plant on old State Highway 75 near Coalgate. Vehicles and shipping containers were blown over. Trees and metal storage buildings were damaged.

The forecast for Oklahoma City shows sunny skies Sunday with a high temperature near 77 degrees.

The Oklahoma City forecast from the National Weather Service follows:

Monday: Showers and thunderstorms mainly after 1 p.m. Some of the storms could be severe and produce heavy rainfall. High near 76. Southeast wind 9 to 17 mph with gusts as high as 24 mph. Chance of precipitation is 80 percent. New rainfall amounts between a quarter and half of an inch possible.

Monday night: Showers and thunderstorms likely. Some of the storms could be severe and produce heavy rainfall. Mostly cloudy, with a low around 65. South southeast wind around 18 mph, with gusts as high as 25 mph. Chance of precipitation is 70 percent.

Tuesday: Showers and thunderstorms before 1 p.m. Some of the storms could be severe and produce heavy rainfall. High near 77. South southwest wind 18 to 21 mph, with gusts as high as 29 mph. Chance of precipitation is 80%.

Tuesday night: Mostly clear, with a low around 60.

Wednesday: Mostly sunny, with a high near 83.

A car is abandoned in high waters at NW 34th and Hammond in Warr Acres, Okla., after severe storms moved through the metro area, Saturday, May 18, 2019 Photo by Sarah Phipps, The Oklahoman