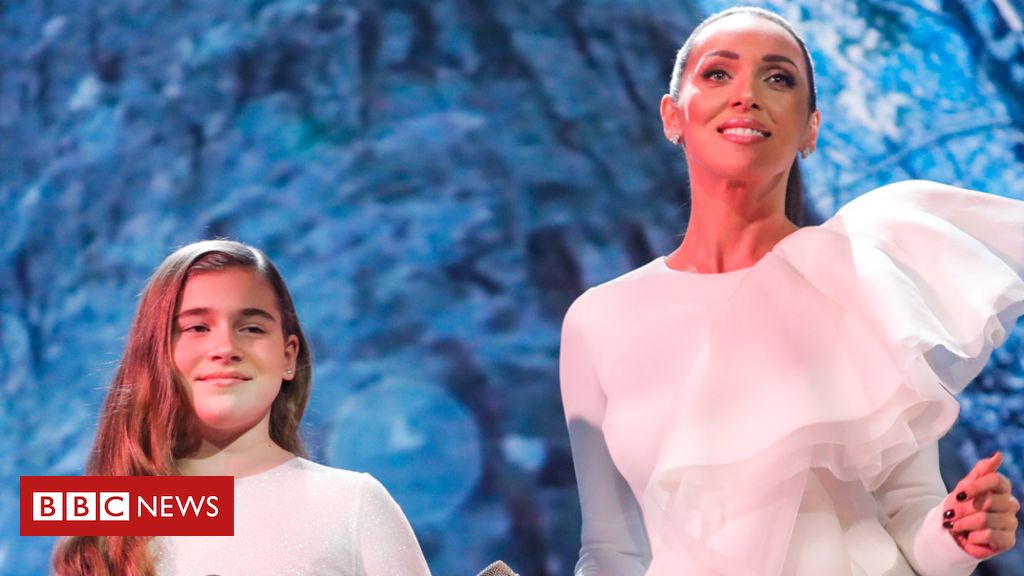 The result of a popular Russian TV talent show – The Voice Kids – has been cancelled after thousands of fraudulent votes were found to have handed victory to a millionaire’s young daughter.

There were complaints after singer Mikella Abramova, aged 10, won with 56.5% of the phone-in vote.

She is the daughter of pop singer Alsou and wealthy businessman Yan Abramov.

State-owned Channel One TV plans to re-run the final on 24 May. It says it is now making its voting technology safer.

A cyber security firm, Group-IB, was hired to examine the vote for Mikella Abramova, after the final of The Voice Kids, which is in its sixth season on Russian TV.

“The interim results of the check confirm that there was outside influence on the voting, which affected the result,” a Channel One statement said (in Russian).

The Voice Kids is a worldwide franchise, a spin-off from the hugely popular talent show The Voice.

Channel One said the voting scam on 26 April “must be the first and last time that anyone tries to control the audience’s choice”.

However, it added: “Children should not take the blame for actions carried out by somebody else. Each participant becomes a member of the big Voice family.”

In the scam, according to investigators, more than 8,000 text messages were sent from about 300 phone numbers.

A Group-IB statement said (in Russian) that sequential phone numbers had been used to send automated votes – in other words, “bots were used in this case”.

“More than 30,000 votes came in for one contestant from those phone numbers,” Group-IB said. Rival singers got no more than 3,000 votes each, Russia’s Kommersant daily reported.

Bots are automated programmes which can carry out a command thousands of times.

Group-IB is an official partner of Interpol and Europol. In late April, responding to the complaints, Channel One asked Group-IB to inspect its voting technology, which was managed by a company called SMS-servisy.

A full report on the scam is to be issued later this month, Channel One says.