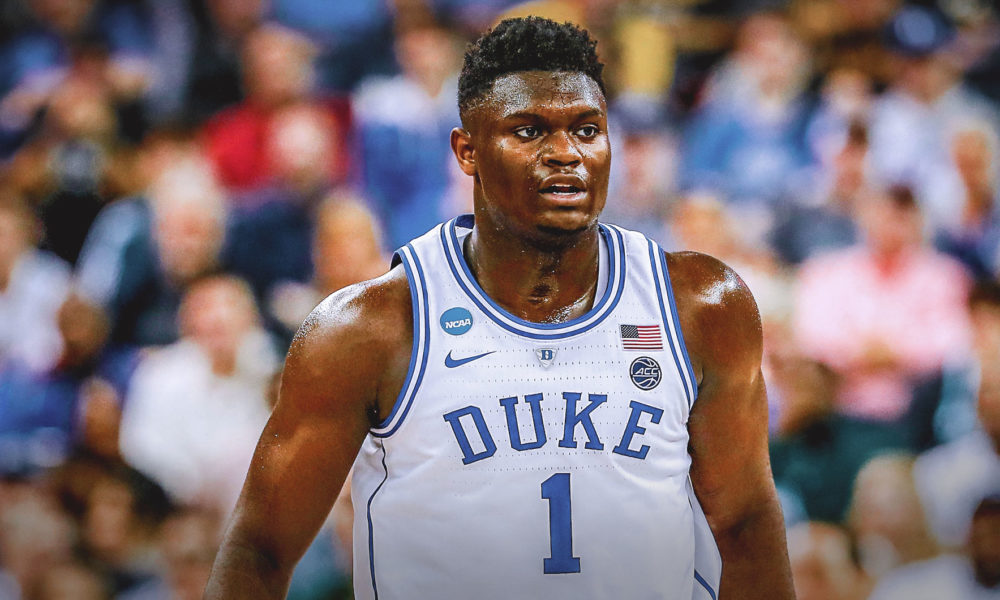 ESPN reporter Brian Windhorst says that Zion Williamson has the option of returning to Duke since he hasn’t signed with an NBA agent or a shoe deal.

The New Orleans Pelicans won the draft lottery on Tuesday and are expected to draft Williamson first overall in the 2019 NBA Draft, which is on June 20.

It’s assumed Williamson wanted to play for the New York Knicks, who ended up with the third overall pick. Windhorst says it’s very unlikely Zion withdraws his name from the draft, but it’s a conversation that is taking place in the league right now.

.@WindhorstESPN explains the unlikely, yet real possibility of Zion returning to Duke instead of entering the NBA. pic.twitter.com/eYcQUUIShz

It would shock everyone in the sports world if Williamson returns to Duke. The Pelicans aren’t the best franchise to play for, but executive vice president of basketball operations David Griffin is a basketball savant and has the resources and knowledge to turn the team around.

Also, New Orleans is a beautiful city. Anthony Davis, who has requested a trade, has said many times The Big Easy is a great place to live.

There’s a chance Zion could be reunited with his close pal, Duke forward RJ Barrett, too. The Knicks have the third pick in the draft and could select Barrett, and then include him in a trade package to the Pelicans for Davis.