Who am I? Modi getting blessings from people of Varanasi: Murli Manohar Joshi 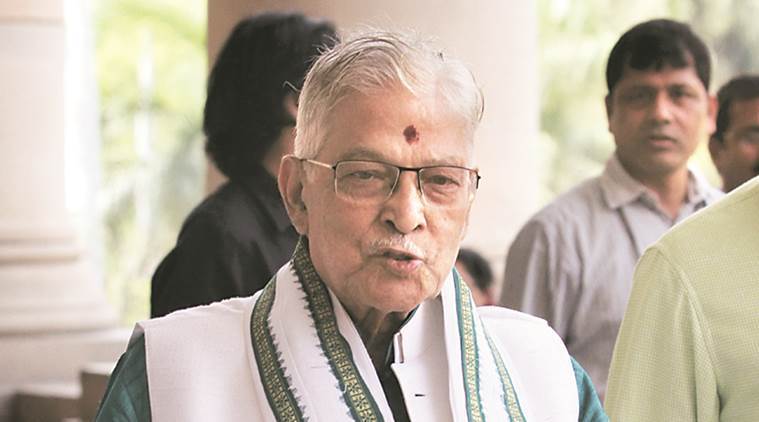 As people of Varanasi voted on Sunday in the last phase of the Lok Sabha 2019 elections, former MP and veteran BJP leader Murali Manohar Joshi said he is nobody to bless Narendra Modi, the party’s candidate from this seat, as the prime minister has got blessings of the people here.

Joshi, who won on BJP’s ticket from Varanasi in 2009, was shifted to Kanpur in 2014 to make way for Modi to fight his Lok Sabha elections from this constituency in politically-significant Uttar Pradesh but did not get a chance to fight the 2019 elections from any seat.

After casting his vote here, Joshi was asked by reporters whether his blessing are with Modi, who is again in the electoral fray from Varanasi, to which he said, said, “Who am I?… People are blessing him.”

Joshi also visited the famous Kashi Vishwanath and Sankat Mochan temples here. He was BJP’s president and a union minister in the NDA government from 1999 to 2004.

He won the 2014 Lok Sabha elections from Kanpur and was also head of Parliament’s Estimates Committee. Several reports presented by his panel were critical of the Modi government.

Earlier this year, Joshi had said in a statement that he was conveyed by the BJP General Secretary (Organisation), Ram Lal, about the party leadership’s decision that he should not be contesting the elections. Lal is known as a Rashtriya Swayamsewak Sangh (RSS) appointee in the party.

For a long time, Joshi was known as one of the key faces of the BJP alongside former prime minister Atal Bihari Vajpayee and former deputy prime minister Lal Krishna Advani. But in recent years, Joshi and Advani have been among some veteran leaders who have been at times critical of the current leadership in the party and of the Modi government.