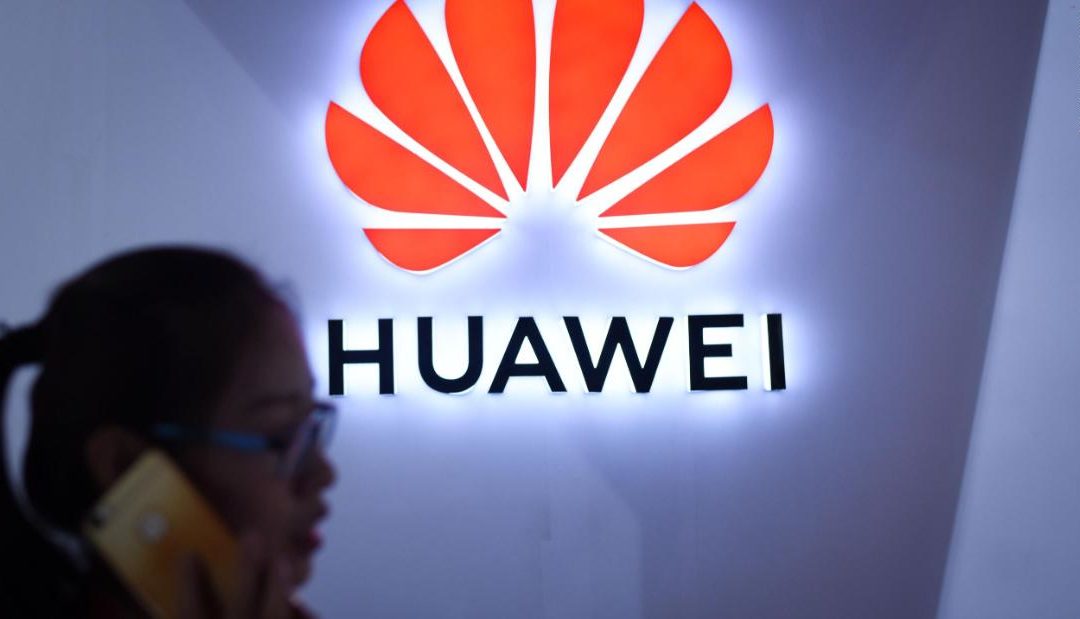 (CNN)As if Europe didn’t have enough to worry about.

On Wednesday, United States President Donald Trump signed an executive order escalating his administration’s campaign against Chinese telecoms giant Huawei, raising pressure on allies to follow suit in banning the company from their 5G and other networks.
The US claims Huawei, one of China’s most important companies, poses a spying risk to Western technology infrastructure. The latest move against the firm comes amid a worsening trade war between Beijing and Washington, after talks expected to bring a breakthrough fell apart, resulting in billions of dollars in further tariffs from both sides.
While some US allies — notably Australia and New Zealand — have followed Trump’s lead on Huawei, others have been more reticent. Europe in particular is split over whether to ban the company, a market leader on 5G technology which is expected to be the lifeblood of the new economy.
The Huawei issue cuts to the heart of tensions between security and economic interests when it comes to China and Chinese influence. While many countries around the world share Washington’s suspicion — even hostility — towards Beijing, they are unwilling to take the economic hit that openly standing apart from China would entail.

Nowhere will Trump’s order cause more chaos — outside perhaps Huawei headquarters in Shenzhen — than in the United Kingdom.
Earlier this month, British Prime Minister Theresa May fired her defense secretary, Gavin Williamson, after it was alleged he was the source of a news report that the UK was preparing to give Huawei access to parts of the country’s 5G network.
May accused Williamson — who had previously expressed “very deep concerns” about Huawei — of leaking information from a meeting of the UK National Security Council, a claim he has “strenuously” denied. The council’s discussions are normally strictly guarded and the publication of its discussions sparked an immediate furor in the UK.
The Huawei issue has exposed new tensions within May’s Conservative Party, already riven over Brexit and shopping around for a new leader to takeover when the Prime Minster stands down in the wake of the UK eventually agreeing how to leave the European Union.
May and her allies are believed to favor limited involvement of Huawei in British network infrastructure, but not a full ban. This is based on the advice of GCHQ, the British intelligence agency responsible for communications surveillance, which has advised close monitoring of Huawei.
Others in the party strongly favor a complete ban, following Washington’s lead. Last month, Tom Tugenhadt, Conservative chair of the parliamentary Foreign Affairs Committee, said in allowing Huawei to build parts of the country’s 5G network “we will be nesting a dragon in the critical national infrastructure of the UK.”
He accused May — in ignoring US and Australian advice against Huawei — of “putting in danger the 70 year intelligence sharing relationship that has underpinned the security of the UK is worth it, for Chinese commercial gain.”
That sense of commercial gain is likely to come into sharp focus should the UK finally leave the EU. Brexit supporters have made it clear they hope better trade relations with China will help boost the British economy in the face of an unavoidable dip following a split with Europe.
Tugenhadt’s committee is conducting an inquiry into “China and the international rules-based system.” In the panel’s most recent report, it said members “see considerable grounds for concern about Huawei’s involvement in the UK’s 5G infrastructure.”
Bob Seely, another Conservative member of the committee, has argued that “Huawei — by definition — cannot be a trusted provider because it comes form a one-party state and is mandated to work with Chinese security services.”
He has said he hopes Huawei will become an issue in the upcoming Tory leadership contest, and is one of several MPs within the party pressuring May to reverse her position.
The Chinese company has strenuously denied espionage claims, saying that agreeing to spy for Beijing would be equivalent to committing economy suicide.
Speaking during a visit to London this week, Huawei chairman Liang Hua said the company was “willing to sign a no-spy agreement with the UK government … No spying, no back doors.”

Another of Huawei’s rotating chairmen, Ken Hu, is also in Europe this week. On Thursday, Hu will attend the annual Viva Tech conference in Paris, alongside French President Emmanuel Macron.
France is believed to be on the fence about Huawei, but is less likely to issue a full ban than the UK. However, Macron has been encouraging other European leaders to take a stronger stance on China, and he may seek to use Trump’s latest move against Huawei as a means to push this agenda.
Certainly, other European countries are more skeptical. The continent also plays host to two of Huawei’s biggest competitors when it comes to 5G, Ericsson of Sweden and Nokia of Finland.
During a recent visit to the UK and Germany, US Secretary of State Mike Pompeo warned that allowing Huawei into those countries’ telecoms infrastructure would make partnering with them “more difficult.”
German Chancellor Angela Merkel has so far refused to bow to US pressure to ban Huawei, however, even as opposition to its involvement is reportedly growing among some sectors of the German security state.
“Security, particularly when it comes to the expansion of the 5G network, but also elsewhere in the digital area, is a very important concern for the German government, so we are defining our standards for ourselves,” Merkel said in March, according to Reuters.
She said the German government would discuss any concerns with European partners, “as well as the appropriate offices in the United States.”
That pressure could see Merkel change her position, as she seeks European agreement on this issue. In an interview with the Guardian this week, she said that China, Russia and the US “are forcing us, time and again, to find common positions. That is often difficult given our different interests. But we do get this done.”
Trump’s latest salvo against Huawei, and indications that more could follow if relations with Beijing do not improve, could juice those discussions. But in a Europe already riven over Brexit and struggling to come up with a coherent strategy on China, it’s not clear a consensus is actually on the cards.