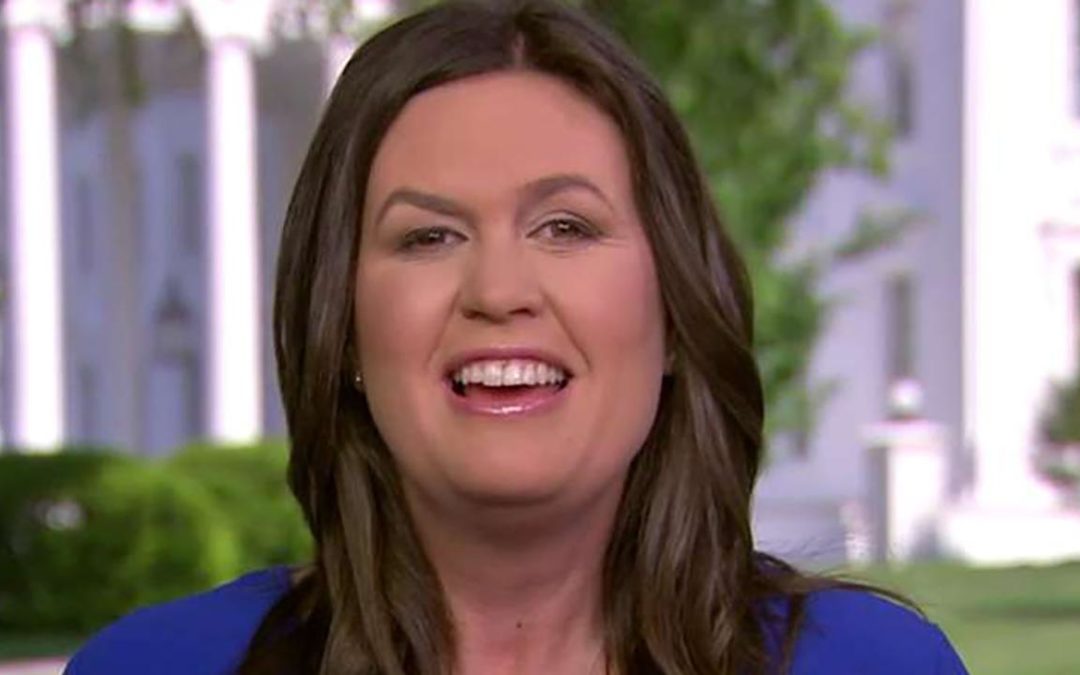 Nearly a year after kicking White House press secretary Sarah Sanders out of a Virginia restaurant, the co-owner of the business — who famously claimed she had “certain standards” to uphold — says she has endured months of criticism and harassment as a result.

“The blowback was swift and aggressive,” Stephanie Wilkinson, co-owner of the Red Hen in Lexington, writes in the Washington Post. “Within 24 hours, the restaurant’s phone line was hacked, my staff and I were doxxed, and threats to our lives, families and property were pouring in through every available channel.

“Protesters colonized the streets around the restaurant,” Wilkinson adds. She soon found herself stepping down as executive director of a local business group.

Wilkinson says she still receives hate mail over the June 2018 incident, in which she requested that Sanders and her party leave, but adds that the restaurant also has received support, including “thousands of dollars in donations in our honor to our local food pantry, our domestic violence shelter and first responders.”

The controversial treatment of Sanders and her fellow diners was part of a wave of public outbursts by liberal protesters directed at either prominent Republicans in Congress or members of President Trump’s administration, in response to the administration’s “zero-tolerance” immigration policy, which has since been rescinded.

Such demonstrations were egged on by Democrats such as U.S. Rep. Maxine Waters, D-Calif., who said at a public rally: “If you see anybody from that Cabinet in a restaurant, in a department store, at a gasoline station, you get out and you create a crowd and you push back on them and you tell them they’re not welcome anymore, anywhere.”

Other Democrats, such as then-House Minority Leader Nancy Pelosi, D-Calif., distanced themselves from the protests, calling for messages of “unity” instead.

Wikinson’s actions against Sanders were widely condemned by Trump supporters. Some bombarded the Red Hen’s Facebook and Yelp pages with one-star reviews and called for boycotts. Many pointed out that liberals don’t face the same level of backlash.

“Bigotry. On the menu at Red Hen Restaurant in Lexington VA. Or you can ask for the ‘Hate Plate’. And appetizers are ‘small plates for small minds,’ he tweeted.

President Trump also weighed in, mocking the restaurant for “its filthy canopies, doors and windows (badly needs a paint job) rather than refusing to serve a fine person like Sarah Huckabee Sanders.”

According to reports, Sanders responded to Wilkinson’s request by saying, “That’s fine. I’ll go,” and vacated the restaurant with the rest of her party. She later recounted the incident online, telling Twitter that she left “politely” and will continue to treat people who disagree with her respectfully.

“Her actions say far more about her than about me,” Sanders wrote of Wilkinson. “I always do my best to treat people, including those I disagree with, respectfully and will continue to do so.”