Tariffs on China: Why Trump could win the trade battle with China but lose the war – CBS News 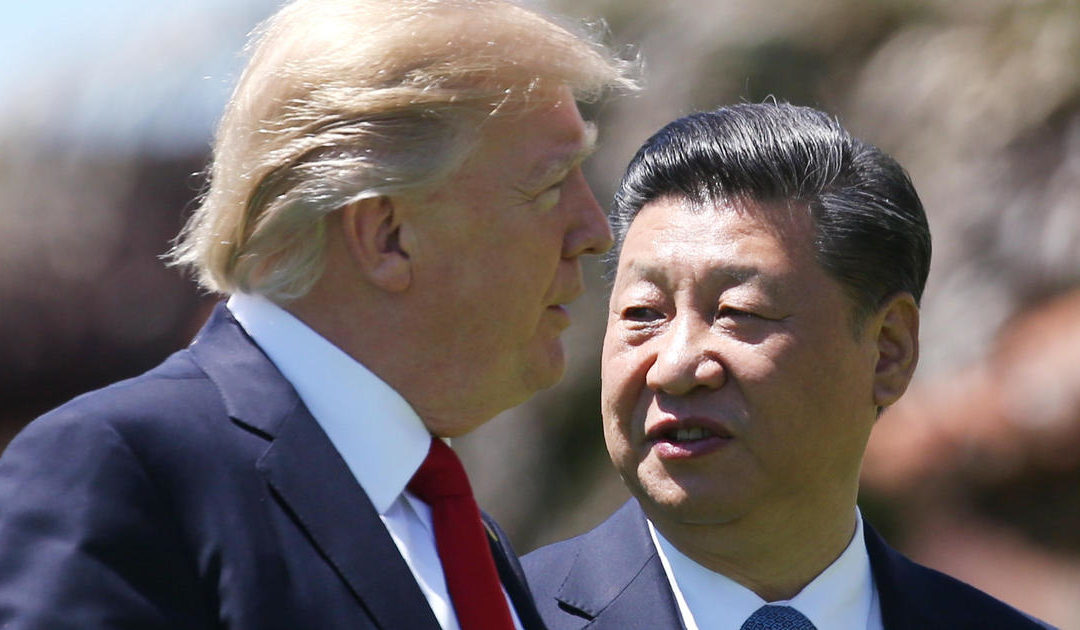 Since President Donald Trump started jacking up tariffs on China last year, he’s argued that the U.S. has the upper hand in negotiating with Beijing. He may be right — new numbers on consumer spending and industrial production show the Chinese economy continuing to slow, in part because of the ongoing trade war between the world’s two largest economies.

“One thing is for sure, the recent trade tensions have caused real damage to the manufacturing sector, exports, production and, most worrying, investment,” analysts Wei Yao and Michelle Lam of Societe Generale said in a research note assessing China’s latest economic data.

By most measures China remains enviably vibrant: Over the first three months of 2019, its economy grew 6.4% from a year ago — more than twice as fast as the U.S. grew. Nor are Mr. Trump’s tariffs the main cause of China’s troubles. Its economy has been slowing for years as the country shifts away from manufacturing toward consumer spending, while the most recent dip has more to do with the Chinese central bank’s reluctance to ease interest rates even as growth cools.

The Trump administration is piling on the pressure in proposing to impose a 25% tariff on an additional $325 billion in Chinese goods as early as next month. That could reduce China’s GDP by almost 1 percentage point, according to UBS, while also weighing down trade activity worldwide.

“A further 25% U.S. tariff on $300 [billion] worth of goods would make global trade burn in a way that only ‘Game of Thrones’ watchers could understand,” Freya Beamish, chief Asia economist with Pantheon Macroeconomics, said in a report.

“We can eat grass”

If China is feeling the effects of the trade war, however, so is the U.S. The latest round of U.S. tariffs and Chinese countermeasures have rattled financial markets, while everyone from farmers and small business owners to Fortune 100 CEOs have urged Mr. Trump to settle the conflict.

David Jacobson, a professor of business law at Southern Methodist University and visiting professor at Tsinghua University in Beijing, said Mr. Trump and U.S. trade negotiators are underestimating China’s willingness to suffer a dose of economic pain so long as it preserves the nation’s long-term objective of becoming a global leader in technology, energy and other key sectors.

“The Chinese say, ‘We can eat grass for a year—we’re not going to be bullied into something that’s not good for us.'”

In the short-term, a bigger obstacle to a trade deal may be Mr. Trump’s in-your-face negotiating style. Americans might be used by now to his Twitter taunts and steamroller exercises of presidential power, but China’s leadership and people are not.

“He says things that are politically targeted toward his base that are particularly offensive to the Chinese,” Jacobson said. “The Chinese are totally respectful of hardball negotiating, but they don’t like to be humiliated.”

Ian Bremmer, president of political risk consultancy Eurasia Group and a CBS News senior global affairs contributor, thinks taking a strong line with China is necessary to re-set trade relations between the countries. But Mr. Trump’s tone and rhetoric, while arguably appealing to his supporters, risk backing China’s leadership against a wall. Between being perceived as caving to American “bullying” and enduring even a prolonged trade fight, Xi may well opt for the latter.

“Trump embarrasses the Chinese publicly,” Bremmer said. “I do think the American strategy is the right one, but if you want to make sure China gets to the right place, while you need credibility you don’t need to embarrass them.”

“We have to give up a little bit of the symbolism and make it seem like an agreement of equals,” he added.

Jacobson — who has spent years living and teaching in China — also emphasizes that Beijing is playing a long political game, rather than one at least partly tied to election cycles. While Mr. Trump is already in campaign mode for the 2020 election, Xi is likely to remain patient.

“We’re in for a very long conflict,” Jacobson warned. “This is really about the Cold War–it’s not so much about trade.”

He thinks that whatever concessions China makes on trade will be calculated to let Mr. Trump declare victory — a win he may urgently need in what is expected to be a hotly contested political race — while not giving much ground on issues of intellectual property, protecting technology rights and market access.

In making the case that China is unlikely to fundamentally change, Jacobson notes that every law in China includes a proviso that makes clear it is subject to interpretation by Communist Party officials. In short, whatever pact trade negotiators might eventually hammer out could be hard to enforce.

“What I think China wants is to be able to say that they’ll agree to all sorts of structural equality, but since all of this started actually no laws or documentation have been done—none at all. They might make a commitment in the West, but literally nothing has happened.”