Stephen Curry’s father, Dell Curry, admits he told the Warriors not to select his son back in 2009 NBA Draft – CBS Sports 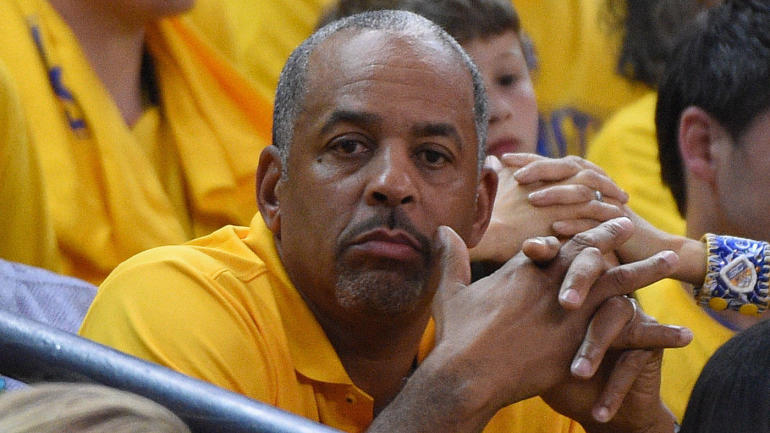 A lot of strange things, in hindsight, had to happen for Stephen Curry to end up being drafted by the Golden State Warriors back in 2009. Five teams passed on him. One team, the Minnesota Timberwolves, infamously passed on him twice, selecting Ricky Rubio and Jonny Flynn with back-to-back picks at No. 5 and No. 6.

The hope in the Curry camp was that he would fall to the New York Knicks at No. 8. As the draft went on, the only team in the way of that happening was the Warriors, whose head coach at the time, Don Nelson, loved the Davidson sharpshooter and wanted to take him at No. 7. As the Warriors’ pick approached, Nelson reached out to Steph’s father, Dell Curry, whose opinion was valued as a 16-year NBA vet, to ask his thoughts about Golden State drafting his son. Dell wasn’t having it.

“Don’t,” Dell recalled telling Nelson. “You asked me the question, I’ll tell you the truth. Don’t [draft him].”

There have been stories about Curry, and his family, not wanting to go to the Warriors that have gotten out over the years. Stories about how Curry didn’t work out for the Warriors and made it clear in closed-door discussions that he had no desire to play there. Steph liked the fast pace the Knicks played with at the time, and Dell has mentioned on a number of occasions that the Warriors’ losing culture and bad locker room leadership was a big deterrent in their mind.

And what a great decision that was.

Curry and the Warriors have gone on to revolutionize the game together, winning three of the past four NBA championships while Steph has racked up two MVP awards, including the only unanimous vote in 2016. Some things are just meant to be.