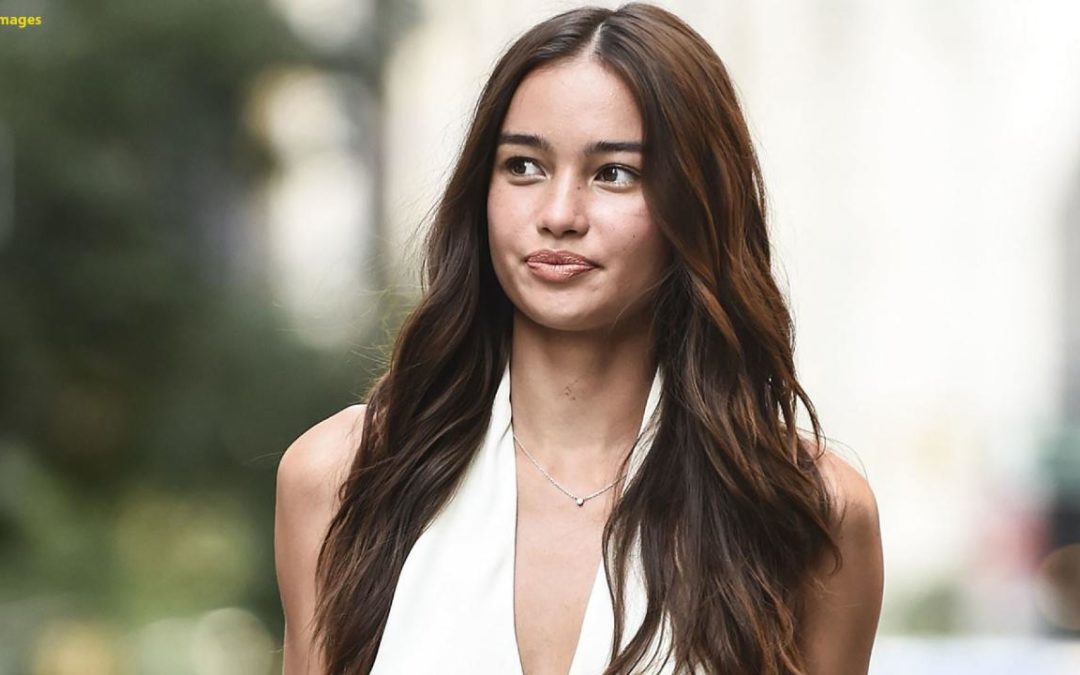 Kelsey Merritt, the Sports Illustrated Swimsuit model who last year became the first Filipino to walk in the Victoria’s Secret Fashion Show, revealed she was once banned from wearing bikinis by her mother.

“Honestly, my mom is so conservative that growing up I couldn’t even wear a bikini,” the 22-year-old recently told UK’s Daily Mail about the traditional matriarch. “I was not allowed. I was not allowed to post bikini pictures [on Instagram]… She’s just very covered.”

Despite Merritt’s strict upbringing, she was determined to pursue her dreams of becoming a sought-after model.

“It took a while to get here to this point where she’s now comfortable that I’m doing this,” Merritt admitted. “At first… with my first bikini shots [on Instagram] she was like, ‘Take it down! Take it down!’ But I was like, ‘Look, it’s work, you have to understand this.’”

Fortunately, Merritt has maintained a close, loving bond with her mother. In fact, when she landed the gig with SI, she told her mother first.

“I don’t think my mom knew what [Sports Illustrated] was, but because I’m in the modeling industry, she knows a bit,” explained Merritt. “If I wasn’t, I don’t think she would know anything about it.”

MODEL: I ASKED FOR GOD’S HELP

Merritt’s life has changed immeasurably over the past year alone. Just months after she made history with Victoria’s Secret in late 2018, she scored a shoot with Sports Illustrated Swimsuit, which was unveiled in this month’s coveted issue.

Merritt said the sizzling shoot took place in Great Exuma, the Bahamas, and the experience was “so much fun.”

“I didn’t know what to expect,” said Merritt. “I wouldn’t say I was nervous, I just wanted all of the photos to turn out really well. I wanted to do my best. [Editor] MJ [Day] made the environment so comfortable and very easy so that made everything so much more fun. I felt like, because the environment was that comfortable, you could do all these crazy things, and there was no room for judgment, no room for anything like that. It was really cool.”

And while Merritt wasn’t shy about rocking skimpy bikinis for cameras, she insisted on being much more modest when not striking a pose.

“It’s actually weird because sometimes at work, I’m like, ‘Work mode on, it’s on,’ but if you take a photo of me [anywhere else] I’m like shy,” explained Merritt. “And I don’t know why — I can do this in front of like 30 people, but it’s because I know it’s work. But if I’m in a crowded place and people are staring, I’m shy. That’s the main difference. I’m a shy person, but whenever [I am working], I almost act, it just comes out.”

While Merritt said life has been “overwhelming” these days, she’s also incredibly grateful for her rise to stardom.

“It’s definitely like overwhelming but it’s a good kind of feeling,” she shared. “I feel like any girl — we start somewhere, and then you hit your big break, and then everything just falls into place. I’ve been wanting this for so long and finally, it’s all happening, it’s just amazing…. My biggest dream was to walk the Victoria’s Secret show, and I did that last year, and then [Sports Illustrated]. Now I have new goals that I want to do. Like shoot a major campaign for a designer, or walk [in a fashion show] for a big designer. That’s what I never thought I could do — but now I’m like, ‘… Maybe I could be open to the possibility of that.’ Because I never thought [Victoria’s Secret and Sports Illustrated] would happen.”

While Merritt first embarked on her modeling career at age 15, she also studied advertising at Ateneo University, which the Daily Mail listed as one of the most prestigious schools in the Philippines. In 2015, she was scouted via Instagram by a Wilhelmina executive who asked her to fly out to New York City for four months. It didn’t take her long to book gigs while she was also juggling her studies.

Once she graduated with her bachelor’s degree in 2017, Merritt moved to New York full time. It was then when she was cast for two catalog shoots for Victoria’s Secret. Merritt soon found herself auditioning for the televised fashion show.

Back in November 2018, Merritt told The New York Post she put her faith in God to help her secure the biggest role of her life — that of runway model for Victoria’s Secret.

“I went to church and prayed,” said Merritt. “I said, ‘This is all in your hands now.’”

Merritt got the call and immediately went to work. Merritt told the Post that for two months she cut sugar from her diet and worked out every day, often twice a day to prepare her body for the show.

“Every single model will tell you it’s their dream job,” Merritt said at the time. “The roster of girls is just the best of the best, and to be part of that is just — you feel like you made it.”