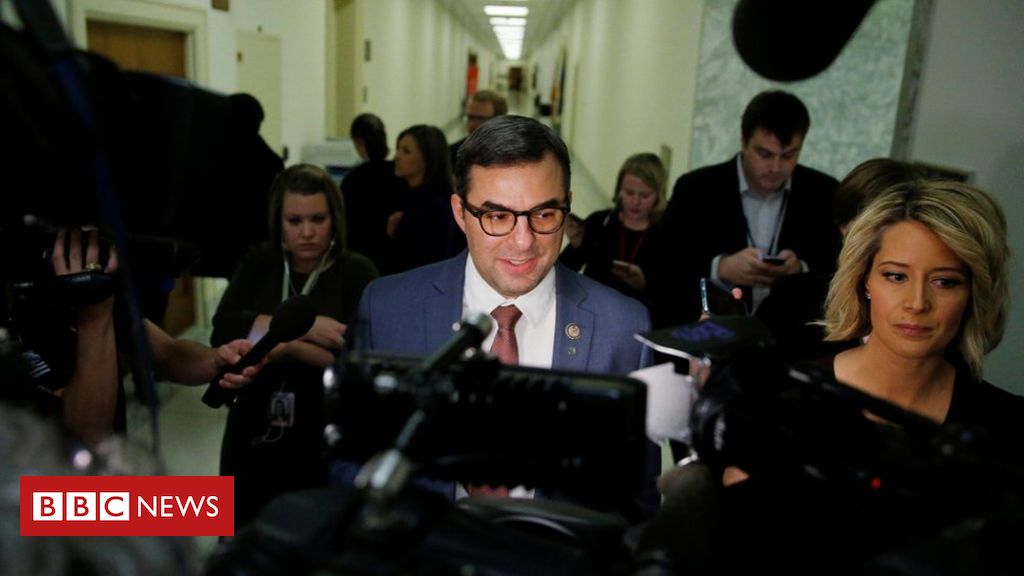 Justin Amash has become the first Republican congressman to call for the impeachment of President Donald Trump.

He claimed Mr Trump had “engaged in specific actions” that “meet the threshold for impeachment”.

However it did find 10 instances where Mr Trump possibly attempted to impede the investigation.

Mr Amash, a representative for Michigan, made the comments on Saturday on Twitter.

He told his followers that “few members of Congress even read Mueller’s report” and claimed that they made up their minds based on “partisan affiliation.”

The 448 page report includes large swathes of redactions and a subpoena demanding its full version has been issued.

Many Democrats including Elizabeth Warren have called for Mr Trump’s impeachment.

Following the release of the report, she said: “The severity of this misconduct demands that elected officials in both parties set aside political considerations and do their constitutional duty.”

However House Majority Leader Steny Hoyer and House Speaker Nancy Pelosi have warned against it.

Mr Hoyer told CNN that impeachment would not be “worthwhile”. He said: “Very frankly, there is an election in 18 months and the American people will make a judgement.”

Nancy Pelosi told the Washington Post that impeaching Mr Trump is “just not worth it.”