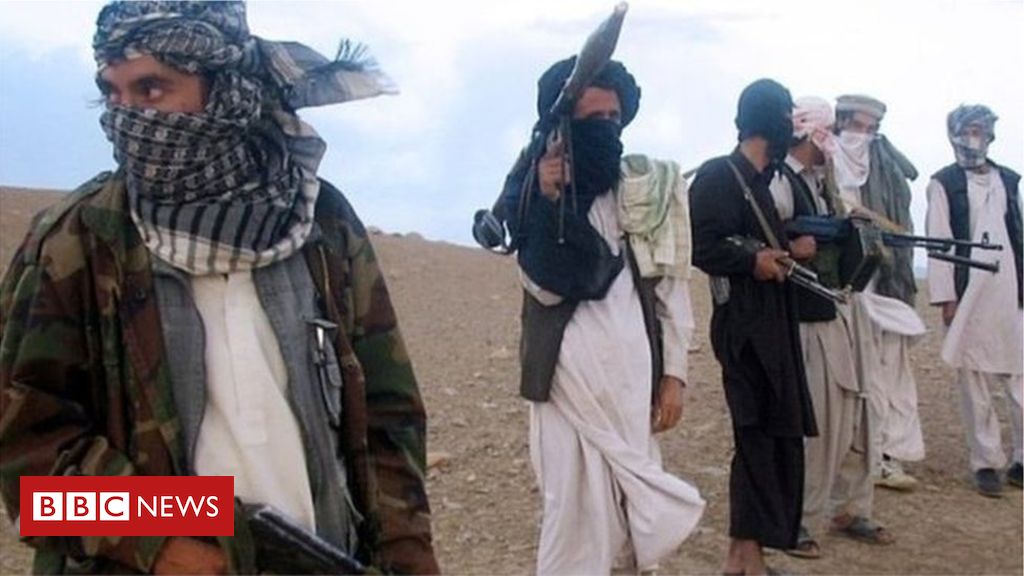 The Trump administration wanted to reimburse the Taliban for their expenses attending recent peace talks, according to a congressional aide.

The Pentagon’s request earlier this year was to cover costs like food and lodging, a Democratic congressman’s spokesman told the BBC.

But the request was denied because it would have amounted to illegal material support for terrorists, said the aide.

The Pentagon did not immediately respond to a request for comment.

Since October 2018, the US government has held six rounds of peace negotiations with the Taliban in Qatar’s capital, Doha, aimed at paving the way for a safe US exit from Afghanistan.

The funding requested by the Pentagon was intended to reimburse the group for costs incurred while participating in the talks, including supplies, food, accommodation and transportation, according to Kevin Spicer, spokesman for Representative Peter Visclosky of Indiana.

“The Defense Department requested fiscal year 2020 funding to support certain reconciliation activities, including logistic support for members of the Taliban and, in March 2019, they sent a notification letter to the Committee on using fiscal year 2019 funds for similar activities,” Mr Spicer said.

None of the funds made available by the bill may be used “to pay for the expenses of any member of the Taliban to participate in any meeting that does not include the participation of members of the Government of Afghanistan or that restricts the participation of women”, the legislation said.

He cited “the Taliban’s ongoing offensive operations against US service members, and their continuing lack of acknowledgement of the government of Afghanistan or the rights of women in Afghan society”.

An independent government spending watchdog told Rollcall, which first reported the Pentagon request, that it was reminiscent of a headline from a satirical news website.

Steve Ellis, of Taxpayers for Common Sense, said it was like “life imitating The Onion”.

The peace negotiations come as the US government considers a possible exit plan from the longest war in its history.

The talks have focused on a safe withdrawal of US troops from the country in return for the insurgents guaranteeing that Afghan territory would not be used by foreign militants, or pose a security threat to the rest of the world.

The Taliban – which once harboured Osama Bin Laden – has said they will not agree to a ceasefire until foreign forces are withdrawn from Afghanistan and have rejected the Afghan government as “a US-imposed puppet regime”.

More civilians were killed last year in Afghanistan than at any time since records have been kept, with 3,804 civilians losing their lives.

More than 2,400 American troops have lost their lives and continue to die in the conflict.