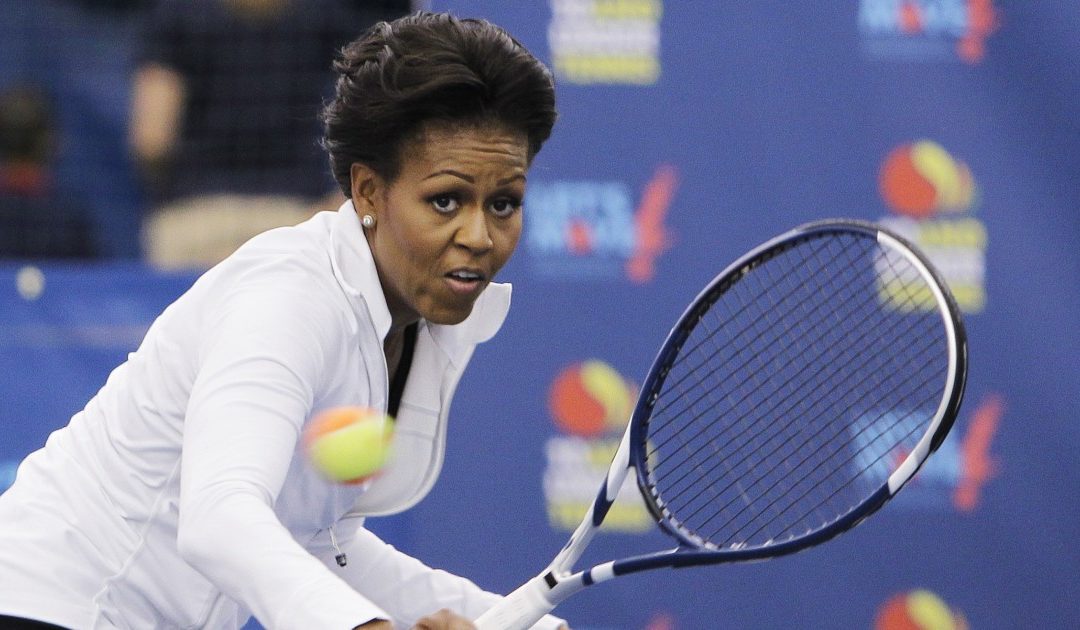 A tennis instructor for former first lady Michelle Obama and her daughters, Malia and Sasha, was among dozens of people indicted by federal authorities in a college admissions scandal announced Tuesday.

Gordon Ernst, who previously served as a tennis coach at Georgetown University before becoming the women’s tennis coach at the University of Rhode Island, is accused of conspiracy to commit racketeering while he was employed at the Washington, D.C., school.

There is no suggestion in the indictment that the Obamas have been implicated in the scheme.

Prosecutors allege Gordon accepted more than $2.7 million in bribes between 2012 and 2018 to put at least 12 students on the Georgetown tennis teams, including students who did not play the sport competitively, according to the indictment.

The bribes were paid to Ernst through the nonprofit Key Worldwide Foundation founded by William Rick Singer in 2012. Singer was the architect of the scam, which involved cheating on college admission tests and bribing college coaches.

The scandal also implicated actresses Lori Loughlin, who starred in “Full House,” and Felicity Huffman, who is known for her role in “Desperate Housewives.”

Ernst served as the head men’s and women’s tennis coach at Georgetown from 2006 until the December 2017. He left the position in January 2018.

A university spokesperson told The Georgetown Voice in a statement Tuesday that Ernst left his role “following an internal investigation that found he had violated University rules concerning admissions.”

Ernst was placed on administrative leave at the University of Rhode Island on Tuesday after the announcement of the federal charges.