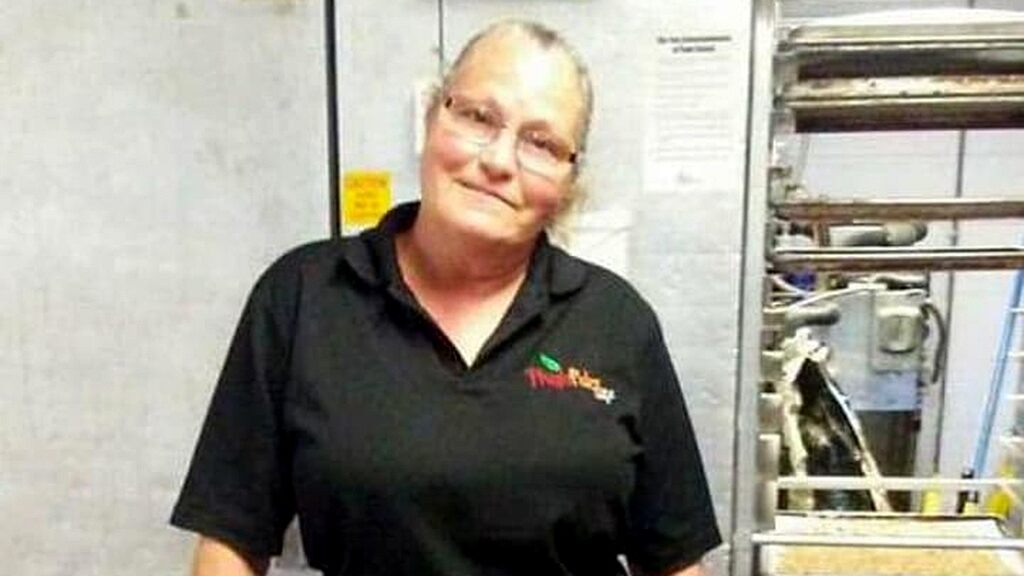 The New Hampshire school cafeteria worker who was fired after providing a student with a free lunch has declined the food vendor’s offer to rehire her with back pay.

Bonnie Kimball was fired last month by Fresh Picks Café, a division of Café Services, Inc. after she gave a student a free meal when she discovered that he had no money on his account to pay for it.

The Manchester-based food vendor denied on Thursday that it would fire any employee “because they provided lunch to a student,” but the following day it issued a statement saying that an unnamed employee was terminated for violating school and company policy, according to The Associated Press.

The company went on to say that it offered to rehire the employee, provide her back pay and would “work with the school district to revise policies and procedures regarding transactions.”

Bonnie Kimball claims she was fired after she provided a free lunch for a highschool student with no funds on March 28.
(Bonnie Kimball)

But Kimball said she’s not interested in the politics of it all and has no intention of returning. She believes she was only offered her job back so that the company “could keep its contract” with the school district.

The school district said in a statement it talked with the company about the firing and that it would review its food service policies to ensure conflicts between the district and its vendors don’t come up in the future. It also said it requested the right to be released from its contract with the company next year, which would open the process to other bidders.

Kimball was fired on April 4 after a district manager saw her giving a free lunch to a student at the Mascoma Valley Regional High School on March 28. Several days after she was let go, Kimball received a letter from Fresh Picks Café explaining the grounds for her termination

“This is in strict violation of our Cash Handling Procedures, the School Charge Policy and Federal Regulation governing free meals.”

The student repaid his bill the following day.

“His family is very well known in this town and I can guarantee that if I called his mother, she would have come right in and paid the bill. But I didn’t want to get her out of work,” Kimball told The Associated Press. “I know they would have brought the money the next day. The bill was going to get paid.”