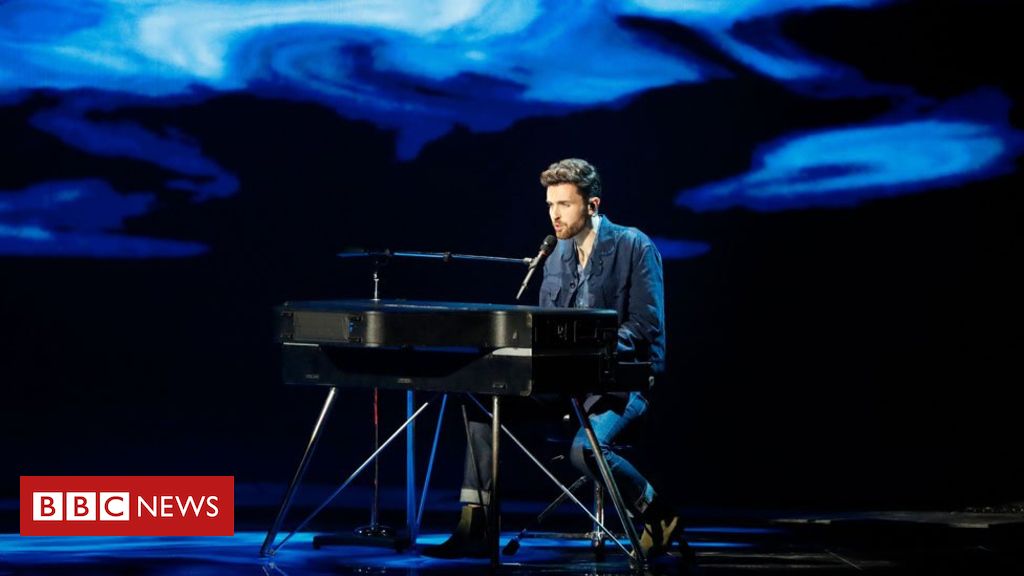 The Netherlands’ Duncan Laurence has won the 2019 Eurovision Song Contest with his song Arcade.

He had been the bookmakers’ favourite to win, and came through to the top of the leaderboard with 492 after the public vote.

The UK’s Michael Rice came bottom, after getting just three points from the public vote, and a total of 16 points.

Laurence said: “Here’s to dreaming big, this is to music first, always.”

The last time The Netherlands won was 1975. The audience joined in as Lawrence performed the track again at the end of the show.

Italy finished second with 465 and Russia third with 369 points.

Madonna also performed just before the voting results were announced.

A section of her performance in which her backing dancers displayed Israeli and Palestinian flags was not an approved part of the act, organisers said.

Eurovision said: “In the live broadcast of the Eurovision Song Contest Grand Final, two of Madonna’s dancers briefly displayed the Israeli and Palestinian flags on the back of their outfits.

“This element of the performance was not part of the rehearsals which had been cleared with the EBU and the host broadcaster, KAN. The Eurovision Song Contest is a non-political event and Madonna had been made aware of this.”

It wasn’t just the Queen of Pop who was apparently breaking the rules either.

‘Consequences’ to be discussed

During the live final, the band members held up Palestinian flags while their public vote was being announced.

In a statement, Eurovision said the “consequences of this action” will be discussed by the contest’s executive board.