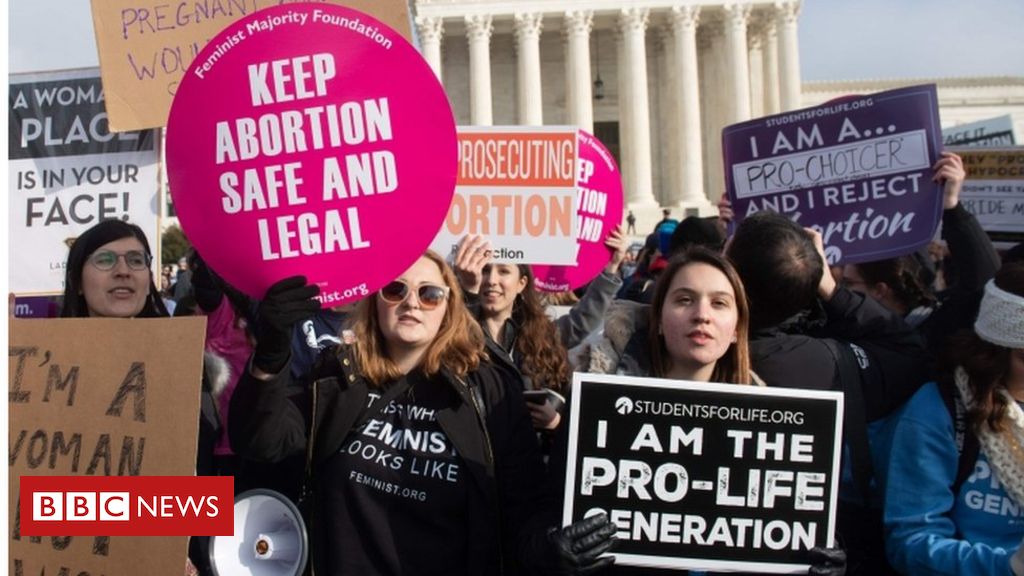 Missouri lawmakers have passed a controversial bill which would outlaw nearly all abortions at eight weeks of pregnancy in the US state.

The bill was approved by Missouri’s Republican-led Senate by 24 votes to 10 on Thursday morning.

Missouri’s House and Republican Governor Mike Parson must back the bill before it can become law.

If approved, abortions past eight weeks would be banned in most cases, including rape or incest.

The vote came hours after Alabama’s governor signed a near-total ban on abortion in the state on Wednesday, promoting protests and concern from pro-choice supporters.

Arkansas, Georgia, Kentucky and Ohio are among the other states to pass new abortion restrictions.

Most anti-abortion bills have faced legal challenges. However, this is what pro-life supporters hope will happen, as they want to reach the Supreme Court in order to challenge its landmark decision to legalise abortion in 1973.

Earlier this year the Supreme Court blocked implementation of new abortion restrictions in Louisiana. However, the ruling was made by a narrow margin and the case is due to be reviewed later this year.

Why is this happening now?

The Missouri bill comes amid a nationwide push for new restrictions by opponents of abortions.

They have been emboldened by the addition of two conservative justices nominated by President Donald Trump, Neil Gorsuch and Brett Kavanaugh, who give the nine-member court a conservative majority.

Their aim, they say, is for the landmark 1973 Roe v Wade ruling to be undermined or overturned completely.

What is the Missouri bill?

The bill, dubbed Missouri Stands With The Unborn, would outlaw performing an abortion in nearly all cases.

Under the bill, exemptions would be made for medical emergencies, but not pregnancies caused by rape or incest.

Doctors who perform abortions more than eight weeks into pregnancy would face five to 15 years in prison, the Associated Press reports.

A woman who has an abortion would not be held criminally liable.

Mr Parson, who supports the bill, said it would allow Missouri to become “one of the strongest pro-life states in the country”.

What restrictions are other states enacting?

Earlier this year the governors of four states – Georgia, Kentucky, Mississippi and Ohio – signed bills banning abortion if an embryonic heartbeat can be detected.

Opponents say this amounts to a ban on abortion because cardiac activity in an embryo can be detected as early as the sixth week, before a woman may be aware that she is pregnant.

The Guttmacher Institute, which campaigns for reproductive rights, says none of these bans are yet in effect, but their introduction is part of the same strategy to get the cases heard by the Supreme Court, it says.

Overall 28 states are currently considering legislation that would ban abortion in a variety of ways, it says.

Are you in Missouri? How are you affected by the issues in this story? [email protected]

Please include a contact number if you are willing to speak to a BBC journalist. You can also contact us in the following ways: