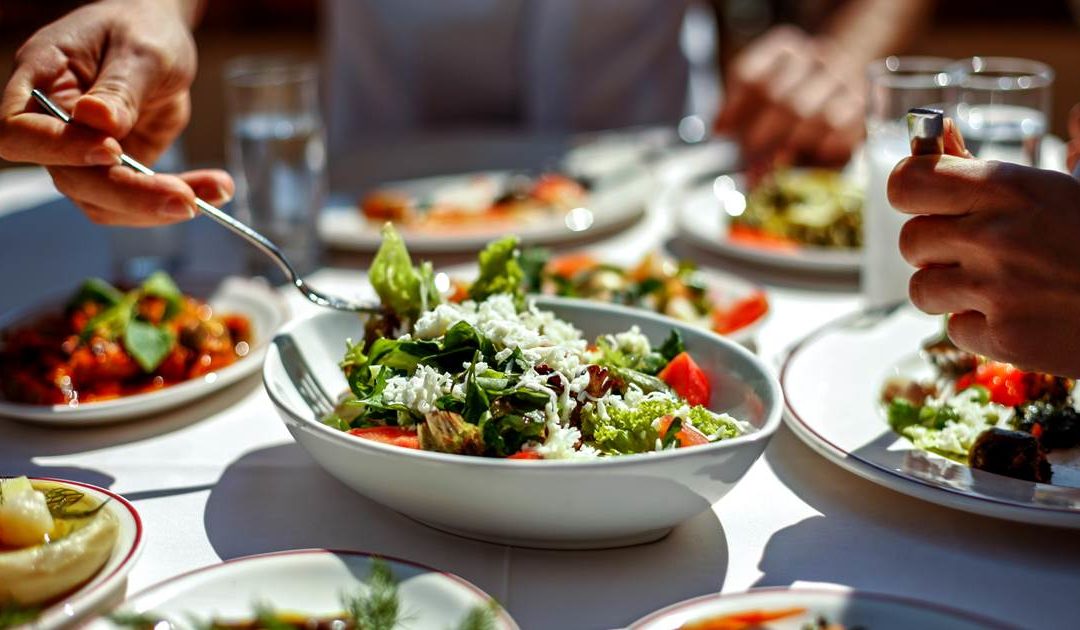 Eating a low-fat, plant-based diet could help significantly lower a woman’s risk of dying from breast cancer, and the key appears to be changing eating habits before tumors have a chance to develop, according to a study released Wednesday.

The new findings are from a long-term analysis of the federally funded Women’s Health Initiative, and included data on more than 48,000 postmenopausal women across the U.S.When the WHI study began in 1993, the women were in their 50s, 60s and 70s, and had never been diagnosed with breast cancer.

Nearly 20,000 of those women spent the next eight years carefully logging what they ate, aiming for less dietary fat, such as red meat and full-fat dairy products, and more fruit, vegetables and whole grains.

The women were tracked for 20 years, through 2013. Researchers from the Los Angeles Biomedical Research Institute at the Harbor-UCLA Medical Center who analyzed the data found that women who stuck to the low-fat, plant-based diet had a 20 percent lower risk of dying from breast cancer.

“This is the first randomized trial where breast cancer was an endpoint, and we’ve been able to show a reduction in deaths,” said study author Dr. Rowan Chlebowski of the Los Angeles Biomedical Research Institute.

Breast cancer is the second deadliest cancer among women, according to the American Cancer Society.

The new study did not find a significant drop in breast cancer cases overall, although it’s unclear why. It’s too soon to say that a low-fat, plant-based diet does not protect a women from developing breast cancer, experts note.

“It could be that we need more follow-up, or that the effect on cases would have been stronger if the diet was continued for a longer period of time,” said Dr. Neil Iyengar, who studies the relationship between diet and cancer at Memorial Sloan Kettering Cancer Center. He was not involved in the new research.

One thing is certain, Iyengar said. “Diet is a powerful tool in changing the way cancer behaves or responds to treatment.”

Other cancer experts agree. “That healthy start is going to make a difference going through treatment,” said Dr. Chasse Bailey-Dorton, chief of integrative oncology at the Levine Cancer Institute in Charlotte, North Carolina.

“We don’t know why so many of us get breast cancer,” Bailey-Dorton said. “There are multiple factors. But the more factors you can take out, you’re going to have a different outcome.”

The findings are scheduled to be presented at the annual conference of the American Society of Clinical Oncology in June.

“Most people are aware that obesity increases the risk of diabetes and heart disease, but many are not aware of the cancer risk,” Iyengar told NBC News. Obesity is a major risk factor for at least 13 different cancers, according to the National Cancer Institute.

This study found the greater a woman’s metabolic risk, the greater the benefit of the dietary intervention. When the research team looked at women with three or four metabolic risk factors, the risk of dying from breast cancer plummeted by 69 percent.

Women in the study were told to consume no more than 20 percent of daily calories from fat. Not many were able to achieve that, but it didn’t matter. Benefits were significant even if women were only able to reduce fat intake to 24.5 percent of their daily calories.

“If we move the needle in a favorable way and don’t quite achieve that target,” Iyengar said, “there does appear to be a benefit.”

And the study participants accomplished this by staying in their food comfort zone. “You can do it largely with substitutions, not changing what you’re eating, but changing the preparation, and choosing smaller portions,” Chlebowski said.

That means eating a 4-ounce steak, rather than an 8-ounce serving, for example. That cuts some of the dietary fat, but also leaves room on the plate for added veggies or grains.

Others say the findings reinforce what they’ve long advised, though the focus on fat has changed over the years.

In the early 1990s when the study began, the concern was overall fat in the diet, according to cancer prevention expert Karen Basen-Engquist of the MD Anderson Cancer Center in Houston.

“Now we focus on saturated fat,” Basen-Engquist said. “It’s possible that if they designed this study today, they’d probably have a much bigger emphasis on saturated fat that comes from meats and dairy products.”

Erika Edwards is the health and medical news writer/reporter for NBC News and Today.