Klobuchar goes off on restrictive abortion laws: ‘This is dangerous’ 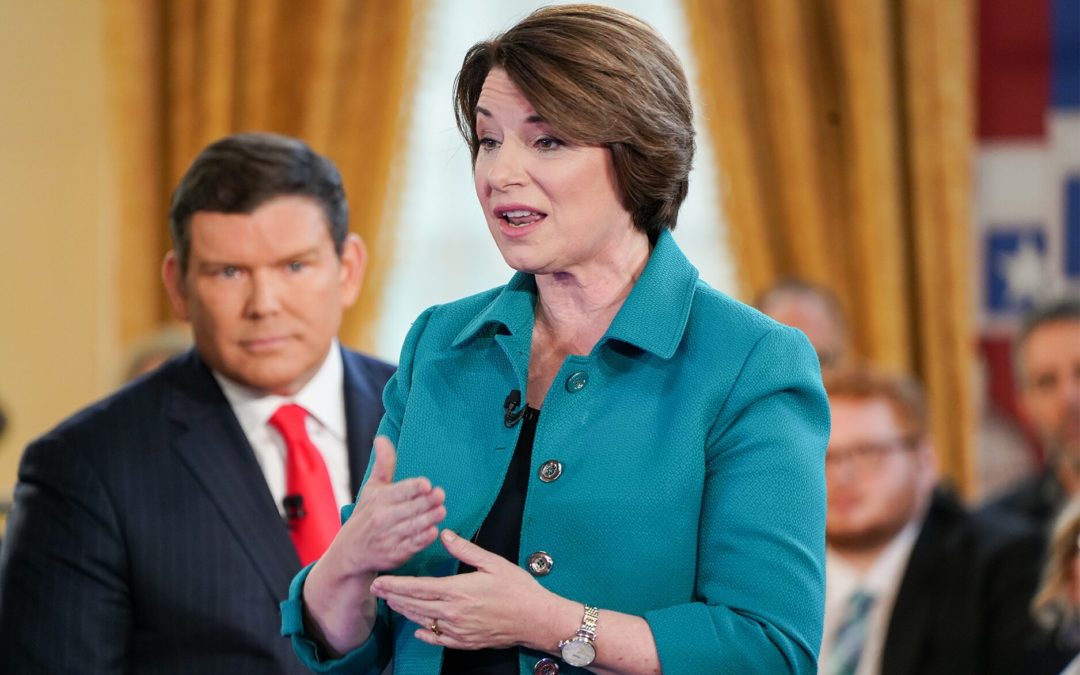 Presidential hopeful Sen. Amy Klobuchar, D-Minn., did not mince words when she took aim at new abortion laws in Republican-led states, and promised to take action to counter such measures if she wins in 2020.

Several states, such as Georgia, passed “heartbeat bills,” which would forbid abortion once a fetal heartbeat is detected, typically after six weeks — when many women do not yet know they are pregnant. Last week, Alabama banned nearly all abortions at any point in time, even in cases of rape or incest.

“This is dangerous,” she told host Chris Wallace on “Fox News Sunday.” “It is a place that we have never seen. I think people have always warned that this could happen and it’s actually happened.”

Klobuchar said that these new laws “would actually make it so that no one could get an abortion,” while noting that some states are also trying to strip funding from Planned Parenthood, which would make contraception less available.

Lawmakers, such as the sponsor of the Alabama law, made it clear that the purpose of passing such sweeping restrictions on abortion is to provoke a legal challenge. Their hope is that a case would make its way to the Supreme Court, where a conservative majority might overturn Roe v. Wade, which stated that abortion is a right under the Constitution. If that case is overturned, individual states would be able to decide whether or not to keep abortion legal.

To combat this, Klobuchar promised that if Roe v. Wade is overturned, “I would make sure that we are codifying Roe v. Wade into law.”

On the other side of the spectrum, Republicans have expressed concern over bills that were proposed in states including Virginia and New York that make broad allowances for abortion, permitting them at any time during a pregnancy during certain circumstances.

The Virginia bill, which sparked outrage when Delegate Kathy Tran said it would allow abortion up until birth, failed in the state legislature. In January, New York passed the Reproductive Health Act, which removed certain restrictions on third-trimester abortions, and allowed the procedure at any point in a woman’s pregnancy in certain situations.

Wallace asked Klobuchar about laws like this, and whether she supports legislation that permits late-term abortions. She said she does, in cases where the mother’s life or health are in jeopardy.

“That is exactly what the Supreme Court ruling says and I am OK with that,” she said.