Jim Breslo: California homelessness is so out of control, people are turning to boats – Dems are clueless 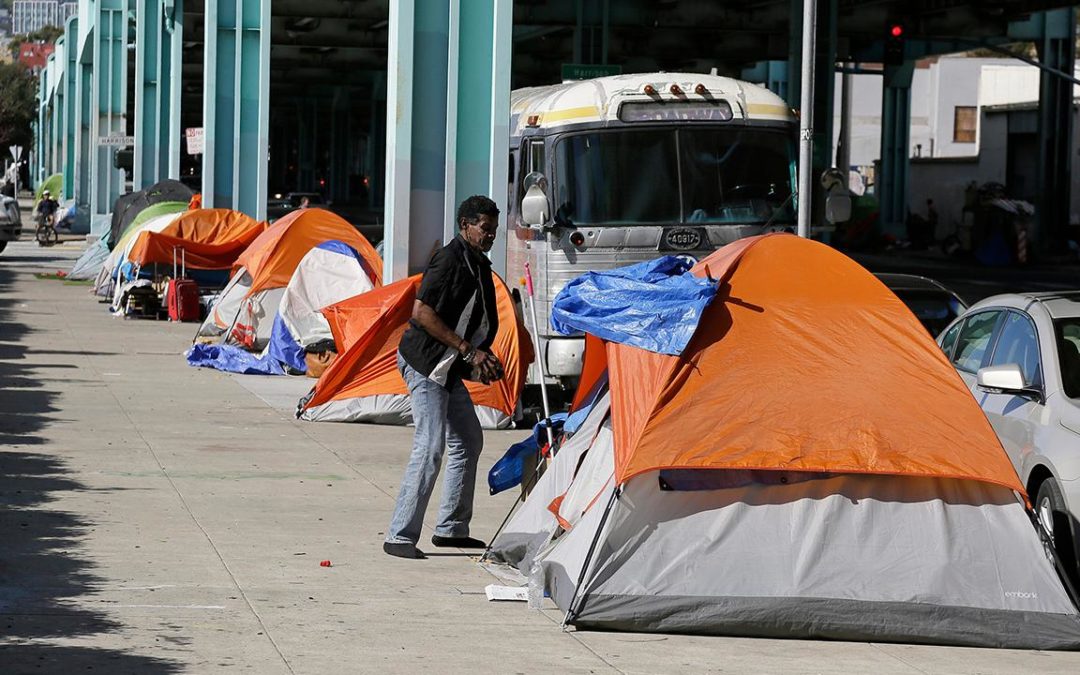 California is the country’s wealthiest and most highly taxed state, but its politicians have utterly failed to tackle the state’s most basic problem: homelessness. Estimates place California’s homeless population at close to 130,000. To grasp the magnitude of that figure, imagine the entire population of New Haven, Connecticut or Charleston, South Carolina living on the streets.

Much has been written about the problems of feces on San Francisco’s streets and needles on the streets in downtown Los Angeles. But the problem has expanded far beyond those cities. It has now reached virtually all parts of the state, including, according to reports, the state’s water.

In Sausalito just north of San Francisco, neighbors are sparring with local politicians over a homeless population floating off its shores in makeshift boats! While residents complain about resulting crime and poor sanitation, local politicians, already grappling with homeless issues, plan to start a pilot program subsidizing marina space for the boats.

In my community of Pacific Palisades (a neighborhood within Los Angeles), the homeless have been living in tents on beaches and in public parks. A plan to create a park out of a vacant plot of land was scuttled out of concern that it would quickly turn into a homeless encampment. Residents have created a task force on homelessness to combat the problem.

At the nearby iconic Santa Monica pier and its surrounding high-end restaurants and shops, tourists literally step over homeless people and are often accosted by them as they walk by. Go south to neighboring Venice and the problem is worse. The homeless are found on beaches, sidewalks, alleys, and vacant lots. A friend attempting to sell his home there had to take it off the market because a homeless encampment popped up on an empty lot across the street. He and neighbors are now, illegally, installing planters on the lot in hopes of keeping the homeless out.

In an ironic twist, some residents are using the state’s notoriously expansive environmental laws to fight homeless shelters being built in their neighborhoods. Neighborhoods in Venice and San Francisco recently raised money through GoFundMe campaigns to sue the state, citing the California Environmental Quality Act.

In Sausalito just north of San Francisco, neighbors are sparring with local politicians over a homeless population floating off its shores in makeshift boats! While residents complain about resulting crime and poor sanitation, local politicians, already grappling with homeless issues, plan to start a pilot program subsidizing marina space for the boats.

The act requires builders to first evaluate all environmental impacts of the project before building, including whether it could diminish business in the area, leading to urban blight. Residents are concerned the shelters will become a draw for additional homeless encampments, leading to increased crime, drug abuse, and disease. This, in turn, will cause an exodus of local businesses and residents.

Fighting against residents’ concerns, California Gov. Gavin Newsom has proposed scaling back environmental protections for the development of homeless shelters, while leaving them in place for all other business and residential development.

State politicians should better align themselves with their voters when it comes to solving the problem. Los Angeles Mayor Eric Garcetti has spent the last two years “exploring” a run for president in 2020. Facing the magnitude of his city’s problem with homelessness, he was forced to conclude that such a run was not in the cards.

Most assume Newsom is already “exploring” a run for president in 2024. Considering he is facing the same problem on a statewide level, Newsom should consider Garcetti’s fate a cautionary tale.