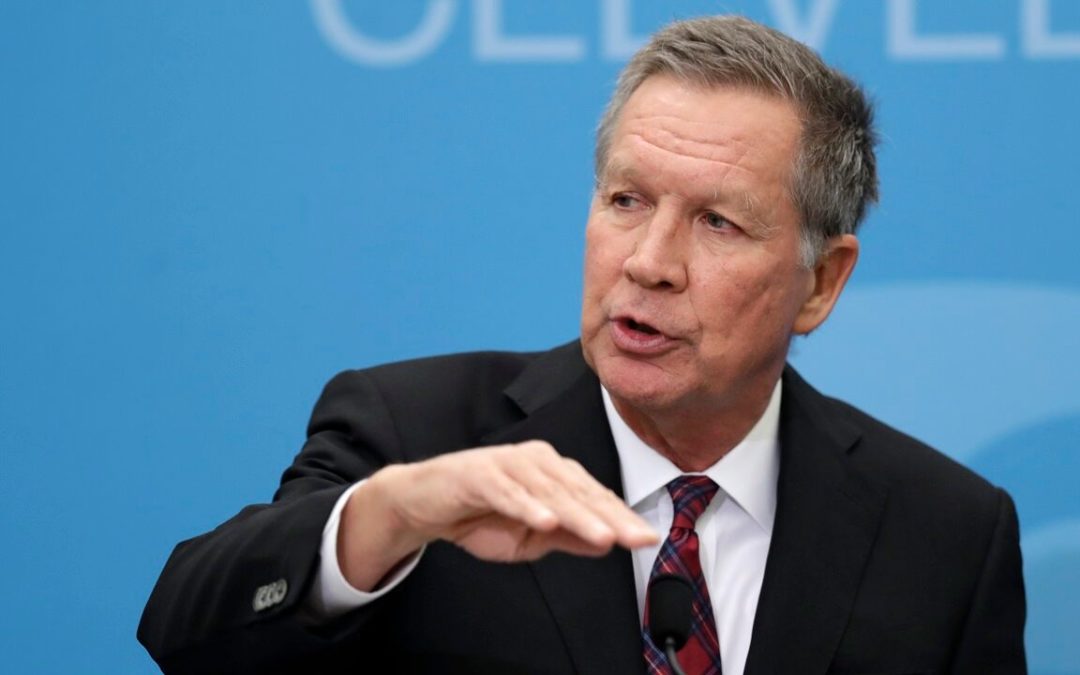 A former campaign adviser for John Kasich has registered as a foreign agent to lobby against sanctions on Russia despite being a long-time critic of the Kremlin for interfering in U.S. politics, according to a report.

John Weaver was the top strategist on the 2016 presidential campaign of Kasich, the Republican former governor of Ohio who has frequently been at odds with President Trump. Weaver claims he accepted a six-month contract worth $350,000, plus expenses, to work for the foreign power because he wanted to defend America against what he described as Trump’s “dangerous” policies.

The former Kasich aide signed a contract last month to lobby Congress and the Trump administration on behalf of Tenam Corp., a subsidiary of the Rosatom, the Russian state-owned nuclear energy company, Politico reported.

News of Weaver’s new job prompted backlash on social media, as the strategist had spent most of his career criticizing the Kremlin, most recently for its interference in the 2016 U.S. presidential election.

“You have got to be kidding me. This pathetic hack spent the last two years accusing everyone to his right of being a secret Russian agent, and now he’s the one getting paid by corrupt Russians?” Sean Davis, co-founder of the Federalist, a conservative website, wrote Wednesday on Twitter.

But Weaver defended his new gig in a lengthy series of tweets late Wednesday. He claimed he took the job working for Russia because he feared Trump’s “go-it-alone” policies would jeopardize U.S. national security interests, the U.S. economy and the world market.

“I know this is counter intuitive. Man bites dog. How could a Putin critic, someone with a single digit (and well earned) Trump enemy list # do this?” Weaver wrote. “The world is black and white, good and bad, right?”

“This wasn’t an easy call. I’ve fought against Russia’s attack on our democracy before almost anyone was paying attention,” Weaver continued. “We can’t make the world more dangerous economy more unstable in order to feel good about taking on Trump.”

Weaver will lobby on “sanctions or other restrictions in the area of atomic (nuclear) energy, trade or cooperation involving in any way the Russian Federation,” according to a disclosure filing.

Though the contract does not specify which sanctions Weaver was hired to lobby against, the analyst referenced “uranium” on Twitter on Wednesday.

Sens. Lindsey Graham, R-S.C., and Bob Menendez, D-N.J., both proposed a bill in February that would limit the amount of uranium that could be imported from Russia beginning in 2021 as well as other sanctions. The legislation has not made it out of committee, Politico reported.

“Time is of the essence in the Agreement,” the contract states, according to a copy filed with the Justice Department. The document contains an option to extend past the six months if necessary.

Weaver’s former boss, Kasich, is also a long-time critic of the president. The former governor told “Fox News Sunday” in December that he was “actively thinking about” challenging President Trump in the 2020 Republican primaries.

Kasich would join former Massachusetts Gov. Bill Weld and current Maryland Gov. Larry Hogan as Republicans challenging Trump’s 2020 bid. Kasich suspended his 2016 presidential run in May of that year after winning only his home state of Ohio, lagging far behind Trump in all major polls.

Fox News’ Gregg Re and Paul Steinhauser contributed to this report.