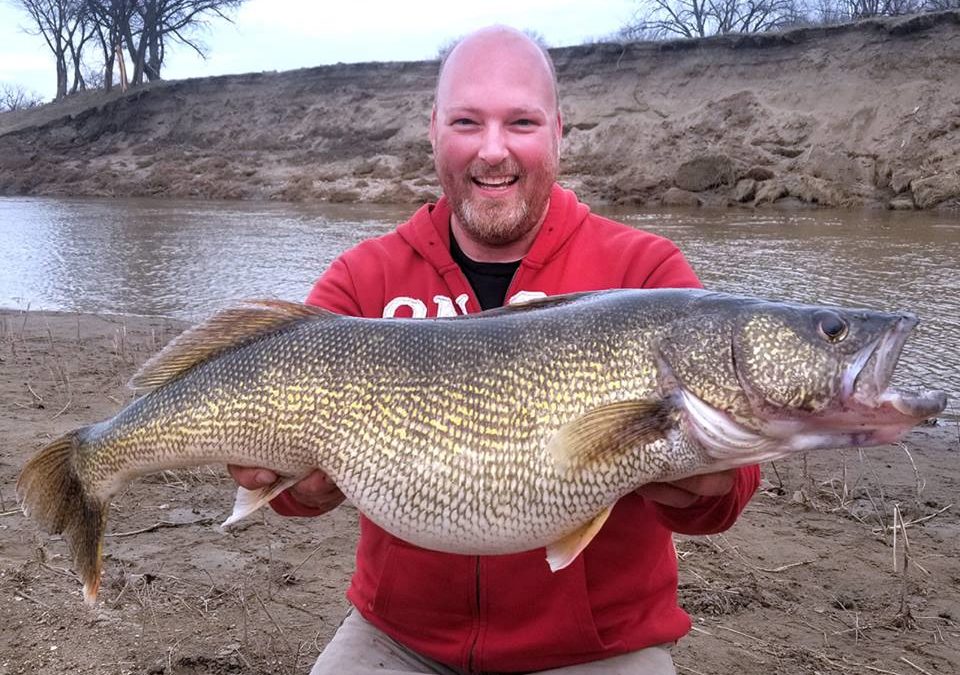 A North Dakota angler’s record-breaking walleye catch will not be counted after an investigation conducted by the state Game and Fish Department found evidence of foul-hooking.

Tom Volk was fishing in the Heart River on April 21 when he made the massive 16-pound, 9-ounce catch, breaking the state record that was set last May by Neil Leier.

Initially, the North Dakota Game and Fish Department posted about the monster fish on their Facebook page, congratulating the fisherman for “besting the old record by three-quarters of a pound.”

However, after making the post, witnesses came forward about how the catch was made and prompted the department to conduct an investigation.

“The North Dakota Game and Fish Department has completed an investigation into the 16-pound, 9-ounce walleye taken April 21 from the Heart River, and based on evidence provided, department officials have concluded the fish was foul-hooked, and therefore cannot be recognized as a state record,” the post read.

Foul-hooking – or snagging – is a method that catches a fish using hooks without having the fish take the bait in its mouth. Foul-hooked fish can be snagged behind the mouth, fin or by the tail.

Volk has denied that his catch was foul-hooked.

“There’s a hole in the mouth of the fish. There’s string burn on the side of the fish’s cheek,” indicating it had taken the bait, he told the Billings Gazette. “There’s no indication of any damage to the body of the fish.”

Volk is reportedly trying to appeal the decision, though there is no official appeals process.