Dark Side of the Moon BOMBSHELL: Chinese mission uncovers lunar secrets of Moon’s far side – Express.co.uk 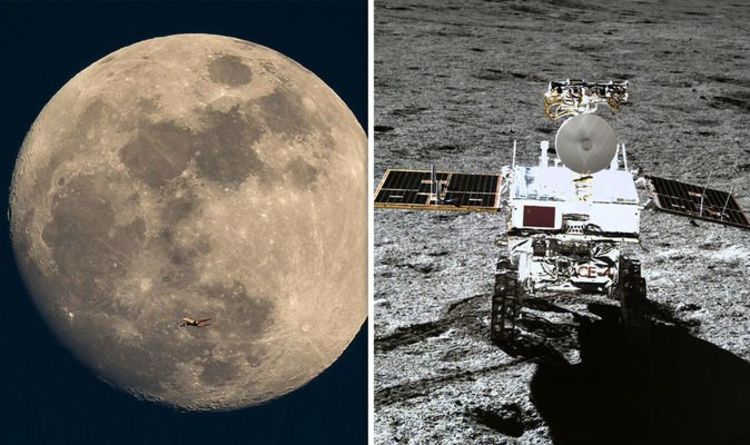 China’s Chang’e-4 mission has revealed lunar secrets from the far side of the moon (Image: GETTY)

The Chinese rover, Yutu-2, was deployed in a huge crater, named Von Karman, on the Moon’s far side and confirmed ideas about its origin. Findings from the mission will help to solve long-standing mysteries about the moon’s formation and evolution. Patrick Pinet, from the Research Institute in Astrophysics and Planetology (IRAP) said the findings are “thrilling”.

He told the BBC: “They could have considerable implications for characterising the composition of the Moon’s upper mantle.

“It is of the utmost importance to make progress towards unpacking the geology of the lunar far side, expanding our fundamental knowledge of the Moon’s formation and the origin of the crustal asymmetry that exists between its near and far sides, and preparing future sample-return missions.”

China’s mission was the first time an unmanned lunar lander made contact with the so-called ‘dark side of the Moon’ – a feat US space agency NASA has yet to achieve.

The impact depression of the crater where the Chinese probe landed was created by an asteroid strike billions of years ago.

But mission scientists have found the impact was so great it broke through the Moon’s crust revealing the lunar mantle layer below, BBC reported.

Researchers have been trying to understand what the mantle is made of which lies between the crust and the core, CNN reported.

Astronomers believe a magma opening covered the Moon’s surface in early history meaning minerals would have floated to the top.

They explained the minerals could be olivine and pyroxene which has been found in the Earth’s upper mantle.

China’s mission was the first time an unmanned craft landed on other side of the moon (Image: GETTY)

Professor Li Chunlai wrote in the study published on Nature: “Understanding the composition of the lunar mantel is critical for testing whether a magma ocean ever existed, as postulated.

“It also helps advance our understanding of the thermal and magmatic evolution of the moon.”

Data samples collected by the rover have shown traces of olivine on both the crust and lunar mantle.

Researchers are considering the possibility of returning samples to Earth.

However, they have said more material will need to be gathered validate these early interpretations.