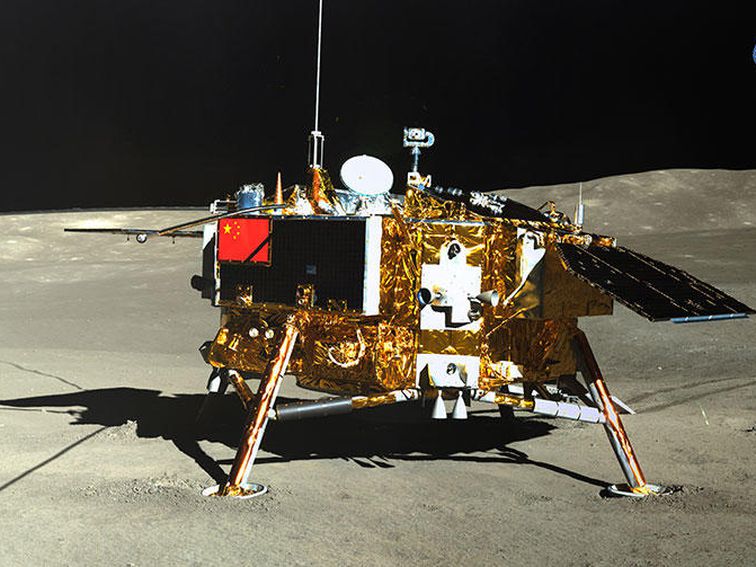 As the first mission to successfully land on the far side of the moon, it was almost expected China’s Chang’e 4 would make some enchanting discoveries. Analyzing the lunar crust, however, has seen the mission also make an unexpected one.

In research published in the journal Nature on May 16, scientists from the National Astronomical Observatories of Chinese Academy of Sciences reveal the composition of the lunar surface at the South Pole-Aitken Basin is a little different to what they expected.

One core theory posits the moon was not quite as cold and dead as it is today. Instead it likely began as a giant, molten marble full of magma oceans. These oceans gradually cooled, depositing heavy minerals such as the green-colored olivine or the low-calcium pyroxene deeper into the lunar mantle. Less dense minerals floated to the top thereby giving the moon a series of obvious geological layers like a cosmic onion. The crust, the uppermost layer, is composed mostly of aluminium silicate or plagioclase.

“Understanding the composition of the lunar mantle is critical for testing whether a magma ocean ever existed, as postulated,” said co-author Li Chunlai, in a press release. “It also helps advance our understanding of the thermal and magmatic evolution of the moon.”

Understanding the composition of the mantle gives planetary scientists more insight into how the interiors of other planetary bodies — including Earth — might evolve.

The Chang’e 4 lander originally landed in the Von Kármán Crater, which lies on the floor of the South Pole-Aitken Basin, back in January. The lander then dispatched a rover, Yutu-2, equipped with a spectrometer that measures reflected light. By studying the light reflected from the surface as the rover rolled along Von Kármán, the scientists were able to detect minerals and determine their chemical composition. Rather than seeing a lot of plagioclase, the rover detected a dominance of olivine and pyroxene.

Because these elements are expected much deeper in the mantle, the authors suggest they were ejected from an impact event caused by a meteor striking the lunar surface. The rover is exploring close to the 72 kilometer Finsen Crater, so the minerals may have been sprayed across the surface during that crater’s creation.

Although NASA’s Apollo missions landed humans on the moon and Russia made a concerted effort to retrieve lunar samples during the 1970s, no study of the lunar mantle had previously occurred. That makes China’s mission particularly important, but because of the complexities of studying moon minerals on a planetary body hundreds of thousands of miles away, further work will be necessary to gather a more complete understanding of the mantle’s composition.