Brexit: Theresa May has set herself a huge test – BBC News 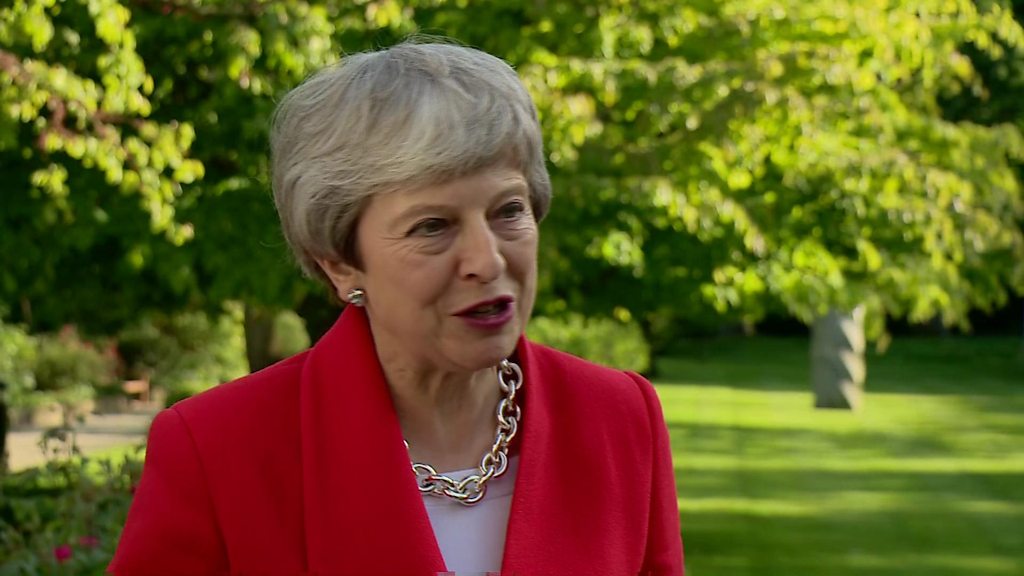 Twice my colleague in Paris asked the prime minister if she would resign if her Brexit plan is rejected by MPs again.

Twice she completely swerved the question. You can watch the awkward moment above.

You can’t blame her for wanting to avoid it. Theresa May is not exactly fond of revealing much in interviews in any case.

And for her to go anywhere near tangling with her potential exit would have breathed even more fire into the frenzied speculation.

And just for good measure, it is not exactly unusual, sadly, for politicians to ignore completely what they are actually asked.

But it is notable that the prime minister didn’t even repeat any of her rehearsed lines about her promise to see this phase of Brexit through, and then go.

And her real answer to, what happens if the bill falls, is what MPs, both those loyal to her, and the dastardliest of plotters are asking right now.

She’ll meet soon again with the inner circle of powerful Tory backbenchers, the executive of the 1922 committee.

They will privately, as they have publicly, ask her to spell out what happens if she fails.

Since they first demanded more clarity Number 10 has made a big play – committing to bring the bill back to have another go at getting its Brexit plan through Parliament.

Given the prime minister’s obvious determination, it would therefore be deeply surprising if she gave a fixed timetable for her departure at this stage.

With the outcome of that move still uncertain, in theory at least, the way out of this mess is still open.

A senior MP, close to Theresa May suggests, “she’s certainly ready to stand and fight.”

But the prime minister’s position is extremely fragile, and you don’t need me to remind you how volatile this situation is.

A senior minister warns, in total contrast, the meeting could be the ‘OK Corral’, that could theoretically end with her rapid departure, suggesting that “much of the parliamentary party doesn’t want it to drift into early next month.”

The promise to bring back the Brexit bill for a vote at the start of June does give the prime minister some protection from calls for her to go though.

What would be the purpose of denying her one last effort to get her Brexit plan through?

Her version has been defeated, and convincingly on several occasions. But neither has any other plan emerged from any other quarter that would be a dead cert to pass.

Neither has any one alternative Conservative leader emerged yet who is a shoo-in for the job, nor one who has come up with some miracle solution.

The lack of an alternative is still part of her armour.

One Cabinet minister is utterly convinced “it would be even more of a shambles” if the Tory Party takes her out.

Number 10 also believes that there is still a chance, even if it’s slim, that the talks with the opposition could lead to some kind of arrangement where Labour might, hypothetically come on board, or at least abstain on the first vote on the bill, its so-called second reading.

That would allow the legislation to get to the phase where MPs scrutinise the draft laws line-by-line.

At least that would get this process going again.

The discussions are not just about a prescriptive joint Tory and Labour deal, rather they are about how Parliament could get on with Brexit – sources suggest there are not just discussions of Plan A , or Plan B, but jokes about Plans C and the rest too.

A senior government figure says “it is not unreasonable to see how second reading goes through, and then MPs have to go through it line by line, get down off their high horses and actually make some decisions.”

It is however, absolutely the case that it is difficult to find people in Westminster much beyond the government’s inner circle who believe there is a good chance that this can work.

One insider says “Number 10 can say all they want in meetings, that we’ll get a deal with Labour – I just can’t see how that works.”

Will the European elections change the conversation?

What’s the strategy then? One former minister who has been close to May says simply, “it is absurd.”

What some ministers though believe is that the European elections will change the conversation.

In other words, they reckon a pasting, not just for the Tories but perhaps for Labour too, will panic MPs in enough numbers to backing the plan when it comes to Parliament.

One minister says “a bunch of sensible Labour MPs will have to realise” that at some point “their Brexit voting constituencies will turn on them” if they don’t back Brexit in Parliament.

The same case, perhaps could be made about Eurosceptic MPs.

But ministers have in truth for many months, been hopeful that some, what they would see as ‘sensible’, Labour MPs will come round to that way of thinking.

Thus far there has been very, very little actual evidence of that when votes have actually taken place.

And on the other side, arguably a strong performance from the Brexit Party, arguing for an immediate exit with no deal, would encourage other Tory MPs to hold out more firmly against the prime minister’s compromise plan.

Those election results could perhaps change the conversations of course completely.

‘Ten days is a lifetime’

And in political terms, the Monday morning in over ten days is a lifetime.

Not impossible, but very unlikely. Which is why we come back to that question.

If the bill falls, does Theresa May fall too?

Plenty of her critics are out there publicly claiming that must be the end.

One of her oldest and staunchest supporters suggested quietly today, “I think she knows that’s it”.

Another loyal lieutenant who’s been fighting off attempts to oust her for months says “losing the bill would have to be it – we are in the end now.”

This has already for Theresa May been a very long goodbye, and we can’t know yet when she will actually bid a final farewell.

But by committing to bringing the Brexit bill back to Parliament, the prime minister has set herself another huge test, that if she loses, it could turn out to be her last in the job.