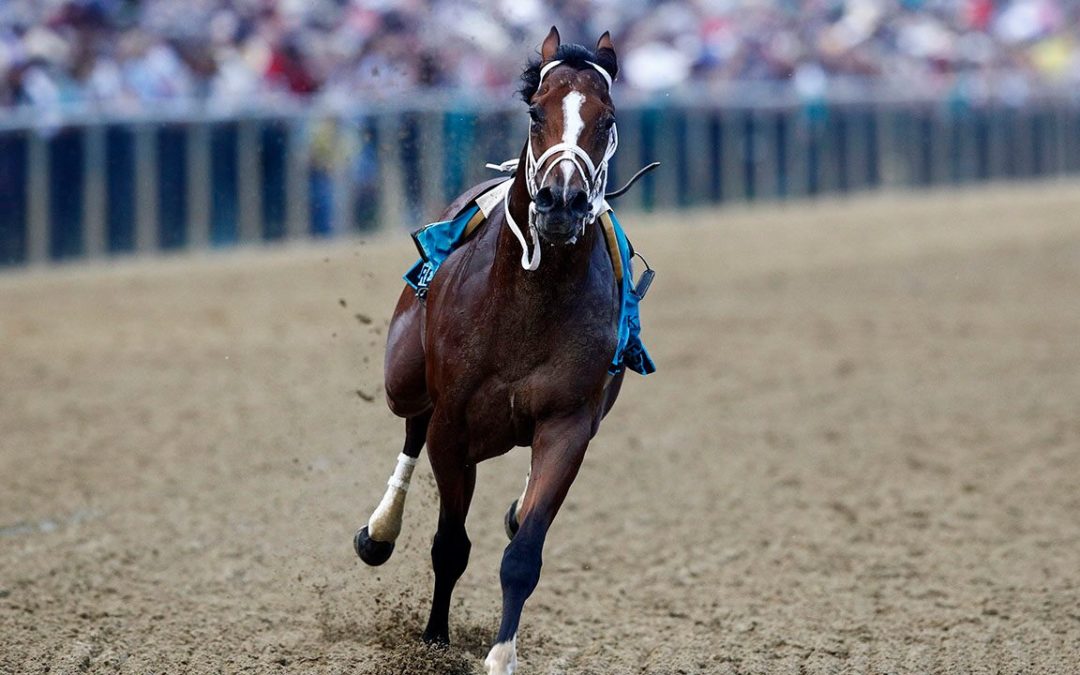 War of Will may have won Saturday’s Preakness Stakes, but it was Bodexpress — a horse that finished out of the money – that seemed to steal the spotlight.

That’s because Bodexpress threw its jockey immediately after leaving the gate – and ran riderless the rest of the way during the big event at Baltimore’s Pimlico Race Course.

At one point he even seemed a threat to cross the finish line first.

WAR OF WILL IS VICTORIOUS AT THE PREAKNESS STAKES

Jockey John Velazquez tumbles to the track after falling off Bodexpress (9) as the field breaks from the starting gate in the 144th Preakness Stakes horse race at Pimlico race course, Saturday, May 18, 2019, in Baltimore. (Associated Press)

“You’ve got to be careful because some of them try to win,” legendary trainer Bob Baffert told the Associated Press about such runaway horses. “I’ve had horses that try to win. They actually run a great race sometimes.”

Fortunately, veteran jockey John Velazquez wasn’t hurt when he took the fall. After the race, Velazquez spoke about his sudden tumble.

“When the doors opened, I was off right from the start. He kind of jumped sideways,” Velazquez told the AP. “I had my feet out of the irons so I lost my balance then, I went off.

Bodexpress runs in the 144th Preakness Stakes horse race without John Velazquez at Pimlico race course, Saturday, May 18, 2019, in Baltimore. War of Will, ridden by Tyler Gaffalione won. (Associated Press)

The mishap brought what is normally a big day for a jockey – a chance to compete in a Triple Crown race – to an abrupt end.

“When you come in here to a big race and then things like this happen with the horses, it’s disappointing,” Velazquez said.

Video on NBC appeared to show a handler inside the gate still grabbing hold of Bodexpress when the gate opened, possibly explaining why the horse bucked. The handler is seen gesturing in frustration at the bad start.

The unexpected occurrence may have bothered the Bodexpress team, and those who bet money on the horse, but people on social media were getting plenty of horse laughs.

Here are some samples:

The Associated Press contributed to this story.