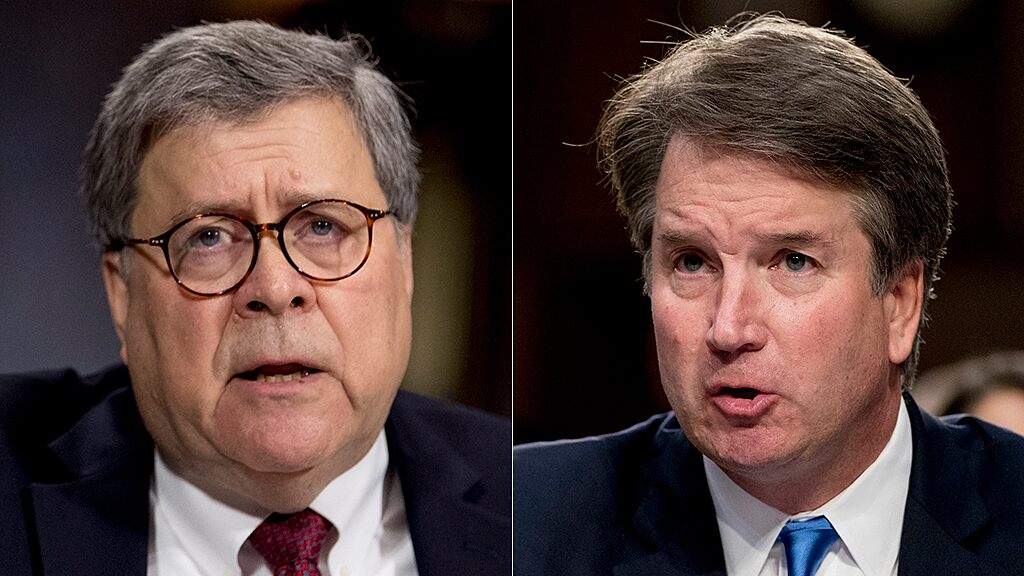 HBO host Bill Maher went on a long diatribe in which he appeared to air his grievances with his childhood faith of Catholicism, suggesting that public officials like Attorney General William Barr and Supreme Court Justice Brett Kavanaugh sought power so they could regulate people’s sex lives.

Barr’s faith, Maher said, was the reason an apparently “smart, normal” Republican turned out to be so weird. “I’ll tell you what happened — In 1950, he was born into a strange cult and he’s never been able to leave. It’s called Catholicism.”

Maher started his criticism with Barr whom he said was “just the latest in a long lines of Republican, Catholic moralizers.”

He suggested that Barr and Kavanaugh had an unhealthy obsession with sex and sought, as other Catholics allegedly did, to invade people’s private lives.

AG BARR DETAILS HIS HUNT FOR TRUTH ON WHAT REALLY WENT ON WITH THE RUSSIA PROBE: LISTEN TO THE FULL INTERVIEW

“It’s not about tyranny, it’s about t**s,” he said after quoting Barr lamenting the sexual revolution. Barr, he speculated, didn’t care about President Trump allegedly wanting to be a “dictator” but just wanted to regulate sex.

He went on to decry what he described as “this creepy, substrain of Catholic conservatives who think limited government means government should put a limit on people’s sex lives.”

He seemed to complain that Catholics represented a disproportionate amount of Supreme Court Justices including Clarence Thomas whose wife, he said, was “bats**t crazy.”

Maher appeared to try and psychoanalyze Kavanaugh, suggesting he was jealous of former President Bill Clinton’s affair with Monica Lewinsky. Kavanaugh, who worked on the Starr report on Clinton, claimed Clinton “disgraced his office” by having sex with her in the White House.

“He’s not just mad he’s not invited to the party. He’s mad there is a party,” he said of Kavanaugh.

Maher’s monologue came as Barr faced intense criticism over what some considered to be his unjust attempt to shield the president from scrutiny in the Russia investigation.

Before Maher’s Friday broadcast, the United States had gone through a long debate over Catholicism and traditional values. That included broader debates about abortion access and religious liberty.

In written questions for judicial nominee Brian Buescher, both Sens. Kamala Harris, D-Calif., and Mazie Hirono, D-Hawaii, suggested that the Knights of Columbus, a large charitable organization, was “extreme” given its pro-life positions and view of same-sex relationships.