Beto livestreams his own haircut, massage day after lamenting image of ‘privilege’ 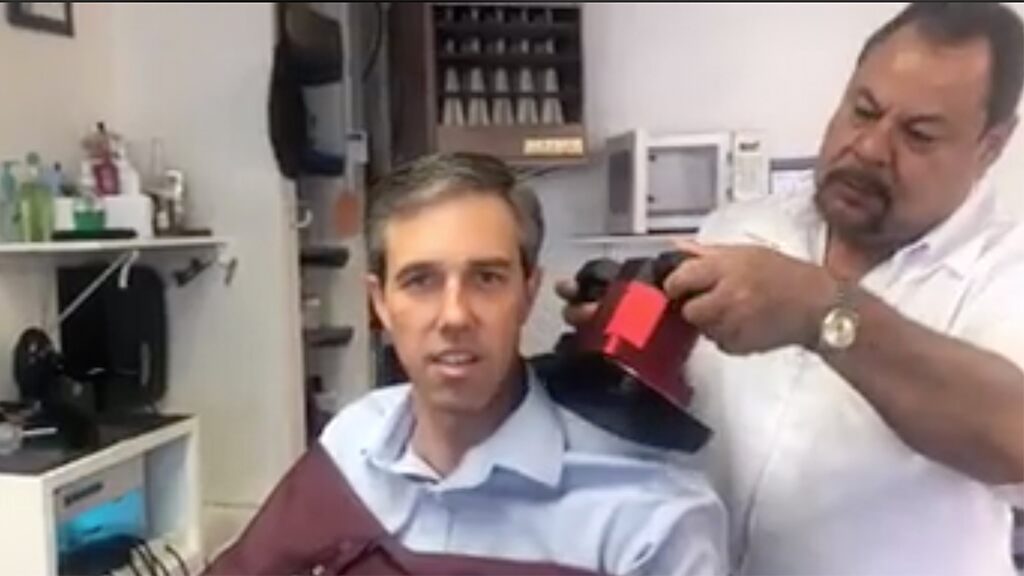 It might be time for Beto to cut back on how much he shares with fans.

O’Rourke, fresh off an apology-filled reboot of his 2020 campaign on “The View” in which he lamented his initial display of “privilege,” posted a bizarre video on his Facebook page.

In the video, Beto is seen getting a haircut and an apparent massage from a barber named “Manuel.”

The video showed him speaking in Spanish with Manuel along with another man who entered the shop, which was named “Chemas.” His livestream came just a day after he expressed regret over a Vanity Fair cover which, he said, made him seem elitist and reinforced a “perception of privilege.”

Awkwardly, at one point in the livestream another customer strolled into the barbershop and said he recognized O’Rourke, but did not know who he was. The Texas Democrat explained to the man he is running for president.

The former Congressman also took questions from viewers during the stream, before eventually discussing his education reform platform.

TUCKER CARLSON: BETO O’ROURKE HAS ‘CHANGED’ — AND HE’S GROVELING, JUST LIKE ALL THE OTHER 2020 DEMS

This wasn’t the first time O’Rourke gave voters a glimpse into his day-to-day life, with the 2020 hopeful posting a livestream of a trip to the dentist back in January.

On Twitter, the 2020 hopeful received some intense criticism for his latest livestream. Writer Gabriel Malor suggested that O’Rourke’s video helped further the perception that he ran a “vanity campaign.”

Another Twitter user claimed the hair cut livestream was worse than his Vanity Fair cover.

Many on Facebook praised the 2020 frontrunner and cheered the livestream. “WE NEED YOU BETO,” one commenter said. “LETS GO BETO,’ another said in the comments section of the livestream.

O’Rourke’s video and reboot came as he trailed behind a slew of other Democrats seeking the party’s nomination in 2020.

On Tuesday, President Donald Trump attacked some of those 2020 contenders and seemed to poke fun at O’Rourke’s attempt to restart his campaign.

O’Rourke received a surge of support when he challenged Sen. Ted Cruz, R-Texas, in 2018. Other than the Vanity Fair cover, O’Rourke’s former girlfriend appeared to give him a publicity boost when she recalled his positive qualities in a Washington Post op-ed.

During Wednesday’s livestream, he took questions from Facebook commenters and discussed his children. He also described how Manuel left Juarez, Mexico amid violence and opened his business in O’Rourke’s home town of El Paso, Texas.

“Love that he chose to come to El Paso, contribute here, start a business, helping to make people look good during the day by cutting their hair,” O’Rourke said.

He also remarked on how he needed to get his ear hair cut in order to prevent it from getting “nasty.”