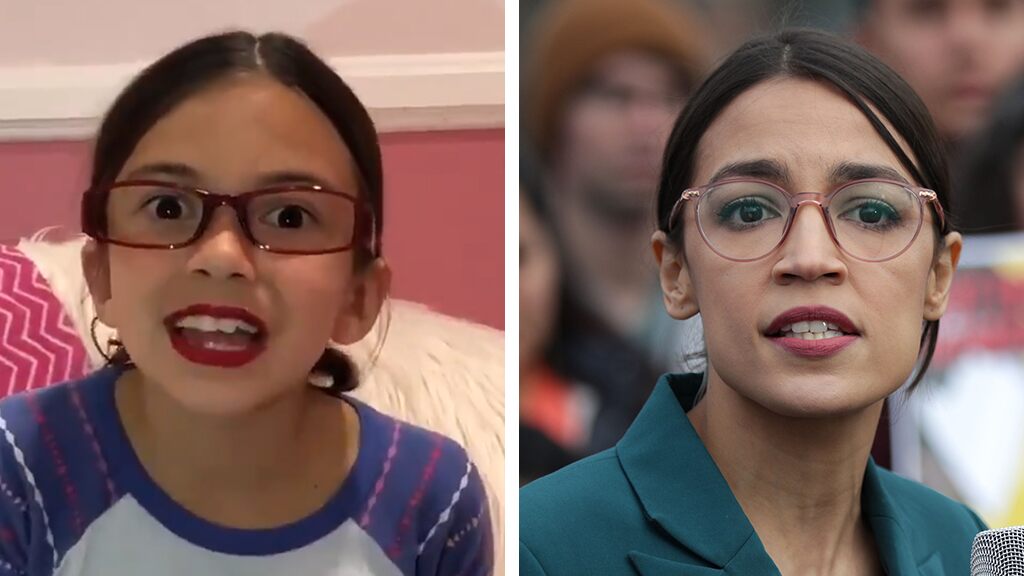 The eight-year-old impersonator of Rep. Alexandria Ocasio-Cortez, D-NY, is back with a new video.

“Like, hello America, AOC here again, but this time from Washington, D.C., which is named after our country’s first president, George Washington D.C. Like, did you know that?” impersonator Ava Martinez began.

“I came up with my plan after we were watching, like, the most important documentary on climate change. It’s called ‘Ice Age 2: The Meltdown,'” the mini AOC told her fans. “That’s not me saying it, that’s science! My Green New Deal will cost, like, 93 trillion dollars. Do you know how much that is? Me neither. Because it’s totally worth it. If sea levels keep rising, we won’t be able to drive to Hawaii anymore!”

The young actress then showed off what she referred to was her  “electric car” she bought as well as for her boyfriend, Riley Roberts.

“I just got this electric car. It’s eco-friendly. Everyone has to drive one under my deal. And that’s why I bought one for my boyfriend, too, Riley, using campaign donations. Well, you bought it for him. Did you know that?” she said.

After ordering her boyfriend not to speak, she told her viewers, “I do the same thing to [House Speaker Nancy] Pelosi and [Senate Minority Leader Chuck] Schumer.”

Martinez made her big debut as the freshman congresswoman last month mocking her signature policy agenda, the Green New Deal, which she said she chose “green” because she’s “still learning” her colors.

Social media users praised the impression as “pure gold,” with some suggesting Martinez would make a “much better Congresswoman.”

Martinez’s stepdad, Salvatore Schachter, told the New York Post that the 8-year-old’s resemblance to Ocasio-Cortez was noted amongst family members and thought that doing a video would be fun.

“I thought it would gain attention, because she’s adorable, but not like this,” he said of its over 1 million combined views across two tweets.