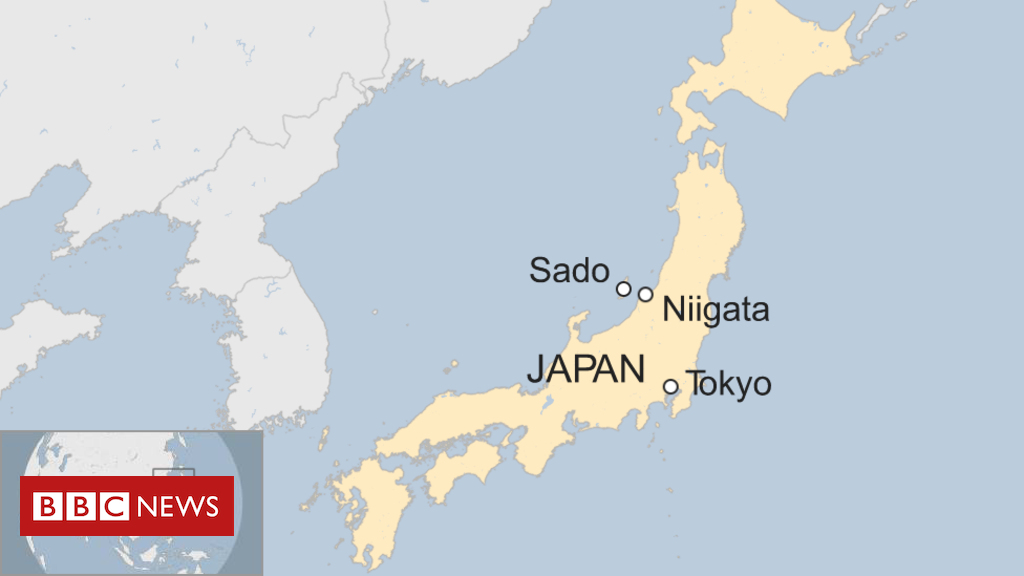 At least 87 passengers have been injured, five seriously, after a ferry hit what appears to have been a whale in the Sea of Japan.

The high-speed hydrofoil ship was en route to Sado Island from the port of Niigata on Saturday.

Ferry operators said the vessel hit an object, leaving a 15cm (6in) crack in the hull.

Public broadcaster NHK quoted a marine expert who said the scale of the impact suggests the ship struck a whale.

“My throat hit the seat in front of me,” one passenger told local media. “People around me were moaning [in pain].”

There were 121 passengers and four crew members on board at the time.

Sado Steam Ship Company, which operates the Ginga ferry, says it managed to reach its destination under its own power about an hour behind schedule.

All the injured were taken to hospital. The Coast Guard said five were in a serious condition, although they were conscious.

The boat is powered by jets of seawater and can travel at up to 80km/h (49mph). One of the hydrofoil wings on the ship was also damaged in the collision.

Minke and humpback whales are reportedly migrating through the Sea of Japan at this time of year.