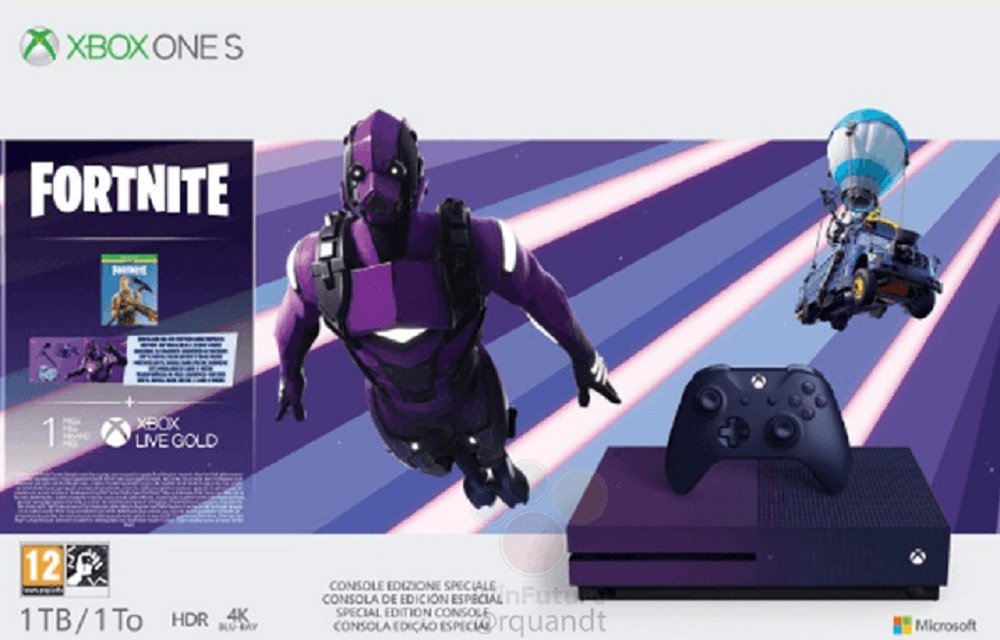 Fit for a Prince

According to German site WinFuture, Microsoft has teamed up with battle royale phenomenon Fortnite to create a silky-smooth looking purple Xbox One S console.

The “Xbox One S Fortnite Limited Edition” is expected to be revealed/launched in the immediate future at a cost of around €300. Daubed in “Gradient Purple”, the limited edition unit also comes with a copy of Fortnite, an exclusive skin named “Dark Vertex”, 2000 V-Bucks (the Fortnite currency of choice) and a month’s subscription to Xbox Live and Xbox Game Pass.

Fortnite is available now on PS4, PC, Xbox One, Nintendo Siwtch and iOS and Android devices.

Chris has been playing video games since video games began… still terrible at them. Former Saturday Night Slam Master, rambles nostalgically like Abe Simpson. I ain’t here to fight, so let’s no…