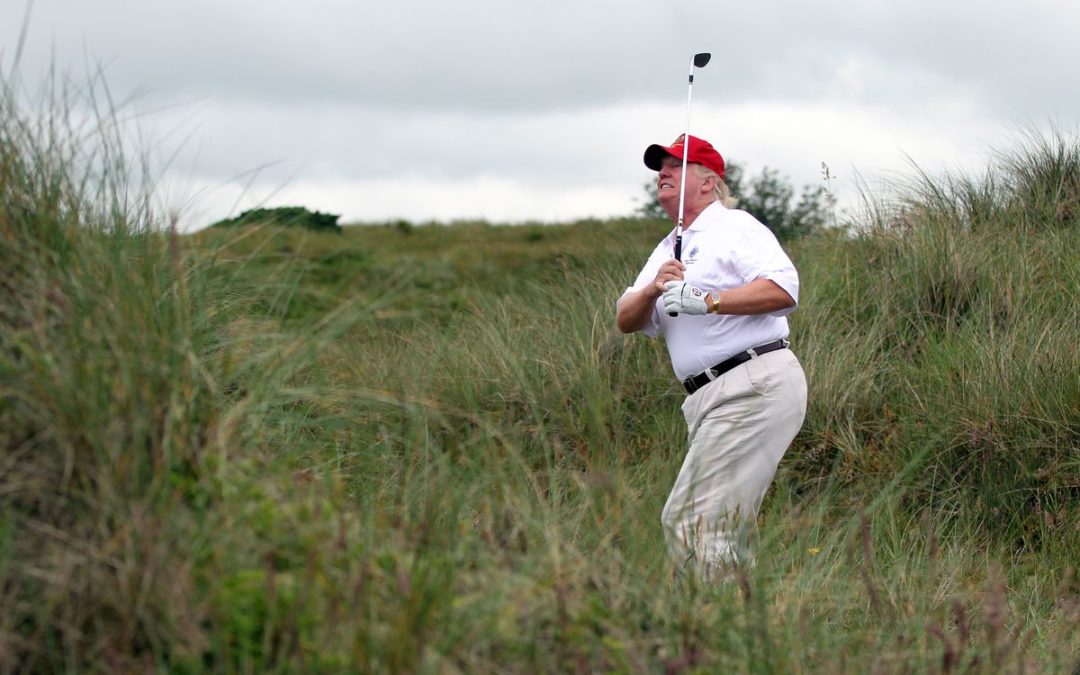 America’s Golfer-in-Chief is is caught up in another hacking scandal, but this one involves puttin’ instead of Putin.

Four unflattering scores of 101, 100, 108 and 102 were posted to the president’s account on the Golf Handicap and Information Network (GHIN) on Friday, Golfweek reported.

The scores were posted “in the same manner that any other golfer or club in America can post,” which means it was likely a prankster that gained access to his account.

“We have become aware of reports in the media questioning recent scores posted on President Trump’s GHIN account,” Craig Annis, managing director of communications for the United States Golf Association told Golfweek. “As we dug into the data it appears someone has erroneously posted a number of scores on behalf of the GHIN user.”

He said the association is still working to find the person responsible. As of Saturday, the scores have been removed.

Even with the fraudulent numbers gone, Trump maintains an index of 2.8, which Golfweek said is “widely regarded as excessively flattering.”

Another suspiciously good score of 68 was posted to Trump’s account last month and later removed.

After the fake scores were deleted, only one score has been posted since Trump took office — a score of 96 from October 2018 — although he has played golf at least 82 times and has visited golf clubs 176 times since his inauguration, according to Trump Golf Count.