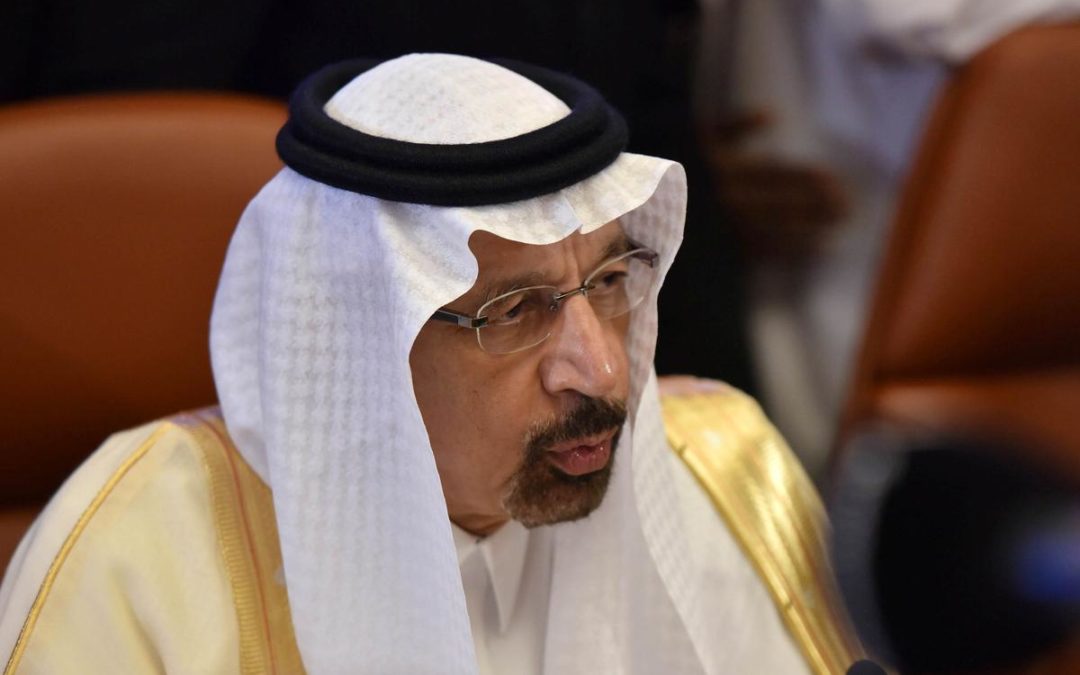 JEDDAH, Saudi Arabia (Reuters) – Saudi Energy Minister Khalid al-Falih said on Sunday he recommended “gently” driving oil inventories down at a time of plentiful global supplies and that OPEC would not make hasty decisions about output ahead of a June meeting.

“Overall, the market is in a delicate situation,” Falih told reporters before a ministerial panel meeting of top OPEC and non-member oil producers, including Saudi Arabia and Russia.

While there is concern about supply disruptions, inventories are rising and the market should see a “comfortable supply situation in the weeks and months to come”, he said.

The Organization of the Petroleum Exporting Countries, of which Saudi Arabia is de facto leader, would have more data at its next meeting in late June to help it reach the best decision on output, Falih said.

“It is critical that we don’t make hasty decisions – given the conflicting data, the complexity involved, and the evolving situation,” he said, describing the outlook as “quite foggy” due in part to a trade dispute between the United States and China.

“But I want to assure you that our group has always done the right thing in the interests of both consumers and producers; and we will continue to do so,” he added.

OPEC, Russia and other non-OPEC producers, an alliance known as OPEC+, agreed to reduce output by 1.2 million barrels per day (bpd) from Jan. 1 for six months, a deal designed to stop inventories building up and weakening prices.

Russian Energy Minister Alexander Novak said the ministerial panel had recommended continued monitoring of the market due to uncertainties and that recommendations would be made in June.

He said the option of easing agreed cuts had been discussed and that the supply situation would be clearer in a month, including from countries under sanctions.

Two sources earlier said Saudi Arabia and Russia were discussing two main scenarios for the June meeting that proposed higher output from the second half of this year.

One scenario was to eliminate over-compliance with agreed cuts, which would increase output by some 0.8 million bpd, while the other option was to ease the agreed cuts to 0.9 million bpd.

United Arab Emirates Energy Minister Suhail al-Mazrouei had told reporters that producers were capable of filling any market gap and that relaxing supply cuts was not “the right decision”.

Mazrouei said the UAE did not want to see a rise in inventories that could lead to a price collapse and that OPEC would act wisely to maintain sustainable market balance.

“As UAE we see that the job is not done yet, there is still a period of time to look at the supply and demand and we don’t see any need to alter the agreement in the meantime,” he said.

Saudi Arabia sees no need to boost production quickly now, with oil at around $70 a barrel, as it fears a price crash and a build-up in inventories, OPEC sources said earlier. The United States, not a member of OPEC+ but a close ally of Riyadh, wants the group to boost output to lower oil prices.

Falih has to find a delicate balance between keeping the oil market well supplied and prices high enough for Riyadh’s budget needs, while pleasing Moscow to ensure Russia remains in the OPEC+ pact, and being responsive to the concerns of the United States and the rest of OPEC+, sources said.

Sunday’s meeting comes amid concerns of a tight market. Iran’s oil exports are likely to drop further in May and shipments from Venezuela could fall again in coming weeks due to U.S. sanctions.

Oil contamination forced Russia to halt flows along the Druzhba pipeline – a key conduit for crude into Eastern Europe and Germany – in April, leaving refiners scrambling for supplies.

Novak said Russia would restore its output in May and that contaminated oil would not have an impact on the country’s annual output forecast. He earlier told reporters that supplies to Poland via the pipeline would start on Monday.

OPEC’s agreed share of the cuts is 800,000 bpd, but its actual reduction is far larger due to the production losses in Iran and Venezuela. Both are under U.S. sanctions and exempt from the voluntary reductions under the OPEC-led deal.

Oil prices edged lower on Friday due to demand fears amid a standoff in Sino-U.S. trade talks, but ended the week higher on rising concerns over disruptions in Middle East shipments due to U.S.-Iran political tensions.

Tensions between Saudi Arabia and Iran are running high after last week’s attacks on two Saudi oil tankers off the UAE coast and another on Saudi oil facilities inside the kingdom.

Riyadh accused Tehran of ordering the drone strikes on oil pumping stations, for which Yemen’s Iran-aligned Houthi group claimed responsibility. The UAE has blamed no one for the tanker sabotage. Iran has distanced itself from both sets of attacks.

“Although it has not affected our supplies, such acts of terrorism are deplorable,” Falih said. “They threaten uninterrupted supplies of energy to the world and put a global economy that is already facing headwinds at further risk.”

The attacks come as the United States and Iran spar over Washington’s tightening of sanctions aimed at cutting Iranian oil exports to zero, and an increased U.S. military presence in the Gulf over perceived Iranian threats to U.S. interests.