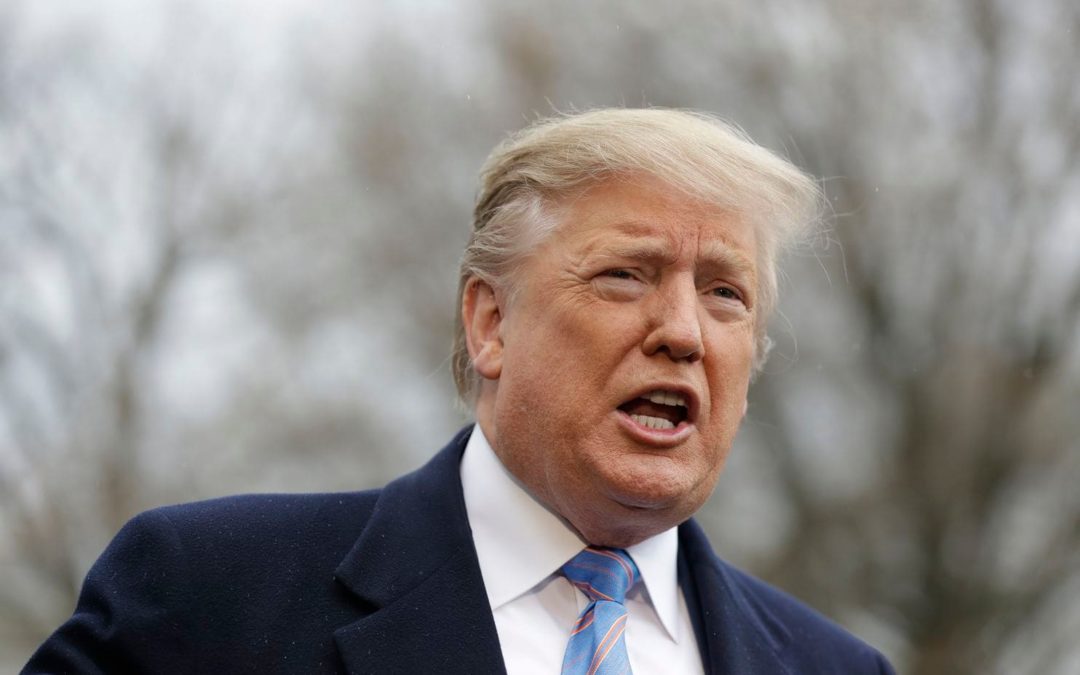 “We must stick together and Win for Life in 2020,” President Trump tweeted Saturday. (Evan Vucci/AP)

President Trump is carefully distancing himself from a new Alabama law that bans abortion in almost all circumstances, even in cases of rape and incest, stressing his “strongly pro-life” credentials while aligning himself with other Republicans who also contend the statute goes too far.

In a late-night Twitter thread Saturday, Trump avoided any direct references to the law in Alabama or in other Republican-led states that have rushed to enact strict new rules against abortion designed to invite court challenges and eventually make their way to the Supreme Court.

But he underscored that his position — Trump has said he opposes abortion except in cases of rape, incest or when the life of the mother is at risk — is the same as that of former president Ronald Reagan. He urged Republicans to instead stay united on the issue, which the GOP has used to go on the offensive against Democrats, particularly in the wake of a new law in New York that has expanded access to late-term abortion.

[The widening gap in abortion laws in this country]

“We have come very far in the last two years with 105 wonderful new Federal Judges (many more to come), two great new Supreme Court Justices, the Mexico City Policy, and a whole new & positive attitude about the Right to Life,” Trump tweeted late Saturday. The Mexico City policy refers to an executive order he signed in January 2017 that bars U.S. aid to any organization abroad that performs abortions or offers information about the procedure.

He continued: “Radical Left, with late term abortion (and worse), is imploding on this issue.”

“We must stick together and Win for Life in 2020,” Trump tweeted. “If we are foolish and do not stay UNITED as one, all of our hard fought gains for Life can, and will, rapidly disappear!”

The flurry of new antiabortion laws in Alabama, Georgia and Missouri has forced the issue of abortion onto the national political stage, with a host of Democratic presidential contenders seizing on the issue to make their case that the GOP is too extreme in trying to limit access to abortion.

Trump is far from the only Republican, although certainly the most powerful one, to signal that the new Alabama law — which also allows a penalty of up to 99 years in prison for doctors who perform the procedure — goes too far. House Minority Leader Kevin McCarthy (R-Calif.) said last week that the statute “goes further than I believe” with its lack of exemptions for rape and incest, and very few Republicans on Capitol Hill have been eager to weigh in with support of the law.

[Everything you need to know about the abortion ban news]

The president’s relationship with the antiabortion movement had a rocky start, as activists who oppose abortion rights greeted with deep skepticism a candidate who proclaimed he was “very pro-choice” in a 1999 interview.

But during his time in office, Trump has promoted and enacted policies that have delighted antiabortion groups. In addition to the Mexico City policy — also known as the “global gag rule” — Trump in 2017 signed into law a bill that gave states permission to withhold federal family planning funds from groups that provide abortion, such as Planned Parenthood.

Last year, the Trump administration said it would draw a “bright line” separating clinics that can receive federal family-planning funds from organizations that provide abortions or referrals to abortion clinics.

Trump also supports legislation barring abortions after 20 weeks of pregnancy and has installed two justices to the Supreme Court — Neil M. Gorsuch and Brett M. Kavanaugh — who have cemented a conservative majority on the nation’s most powerful court.