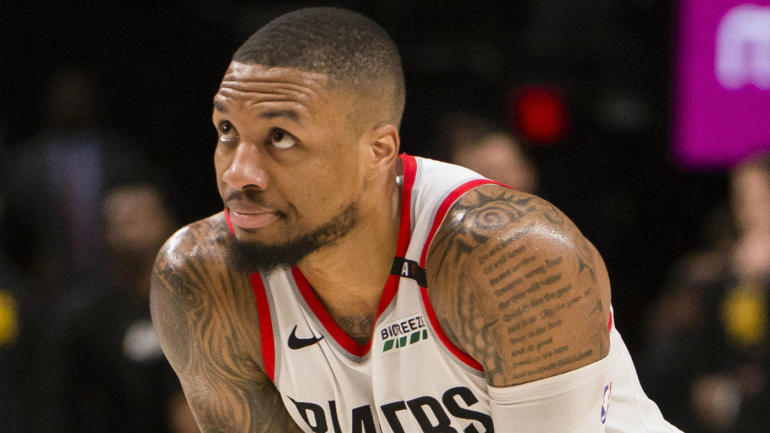 Damian Lillard struggled through another poor performance on Saturday night, shooting just 5 of 18 from the field for 19 points as his Trail Blazers blew an 18-point lead to the Warriors in Game 3 of the Western Conference finals. Now down 3-0 in the series, the Trail Blazers’ chances of advancing to the Finals for the first time since 1992 are essentially zero. No team has ever come back from a 3-0 deficit in NBA history.

If those odds weren’t enough to deal with, they’ll also have to try and mount their historic comeback with Lillard at less than 100 percent. According to a report from Shams Charania, Lillard has been playing through separated ribs after suffering the injury in Game 2.

Lillard was phenomenal in the first round against the Thunder, and his series-winning 3 is one of the highlights of the postseason. But he was pedestrian at times in the second round against the Nuggets, and for the most part has been a disaster against the Warriors. He’s averaging 20.3 points and 7.3 assists per game, but shooting just 32.9 percent from the field, and nearly has more turnovers (14) than made baskets (15).

He’s taken a deserved amount of criticism for his play, and much of the credit for slowing him down has gone to the Warriors’ relentless defense, which has focused on trapping Lillard and taking the ball out of his hands. Golden State’s defense has been excellent, and this is to take nothing away from what they’ve done, but as this new report shows, there has been another big factor in Lillard’s subpar play.

Lillard may not admit it or use the injury as an excuse for how he’s played, but it’s clear to everyone who’s watching that he’s not right.