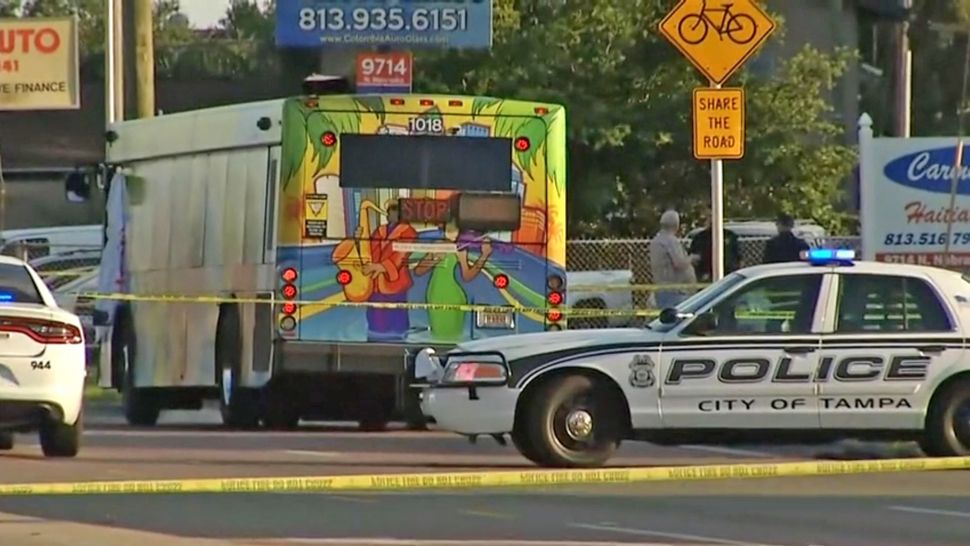 Just before 4:15 p.m., Saturday, at North Nebraska Avenue between Lotus and E. Castle Court, south of Linebaugh Avenue, police say less than 10 people on the bus witnessed 35-year-old Justin Ryan McGriff arguing with the bus driver before stabbing him.

After stabbing the HART bus driver in the throat, he then ran away toward Interstate 275 where police caught up with him, authorities say.

McGriff has only charged with resisting arrest without violence.

Investigators are still gathering as many details as they can, likely viewing any surveillance video on the bus or nearby.

More charges could be pending.

Police are also searching for a motive. No one knows why McGriff allegedly stabbed the bus driver, who is described as someone who had worked for HART for long time, which is leaving people who work for the company devastated.