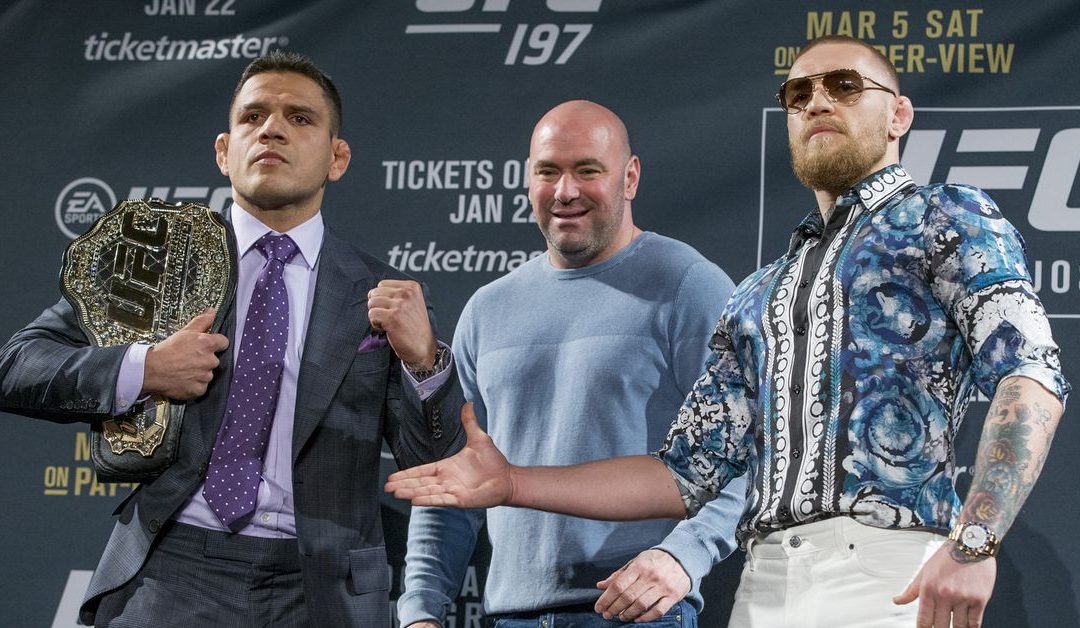 Conor McGregor may not be stepping into a cage any time soon, but that doesn’t mean he won’t throw snarky comments at those that are. McGregor has built a bit of a reputation over the past several fightless months for tweeting about whatever main event fight the UFC is holding on the weekend, and UFC Fight Night: Dos Anjos vs. Lee on ESPN+ was no different.

It’s a bit of a coin toss as to whether we get Compliment Conor or Nasty “Notorious” … last night was the return of the latter as McGregor threw shade at Rafael dos Anjos following his impressive fourth round submission win over Kevin Lee (see the highlights here), bringing up their scuttled lightweight title fight from 2016.

A refresher on what went down: then-featherweight champ McGregor was set to fight then-lightweight champ dos Anjos at UFC 196, but dos Anjos was forced off the card with a broken foot. McGregor would go on to fight Nate Diaz instead, losing the first match by submission but edging Diaz out five months later in the rematch. Just under three months later, McGregor would finish 2016 back where he started: fighting for the lightweight title. But by then it was no longer held by RDA, who dropped it to Eddie Alvarez in July.

If McGregor was interested in tough fights that were more steak than sizzle, a fight with Rafael dos Anjos would be something to behold. Alas, the Irish superstar remains extremely aloof when it comes to committing to any given opponent. Part of that has to do with the current financial divide between Conor and the UFC, which doesn’t look like it’s about to be sorted out any time soon.

But even with the right number of zeros on his paycheck, we doubt McGregor would pick dos Anjos for a ‘red panty night’ … unless, of course, RDA happens to end up holding a title again. And as good as he looked Saturday night, we’ll wait until we see him against a proper welterweight before weighing his chances of taking the welterweight strap.