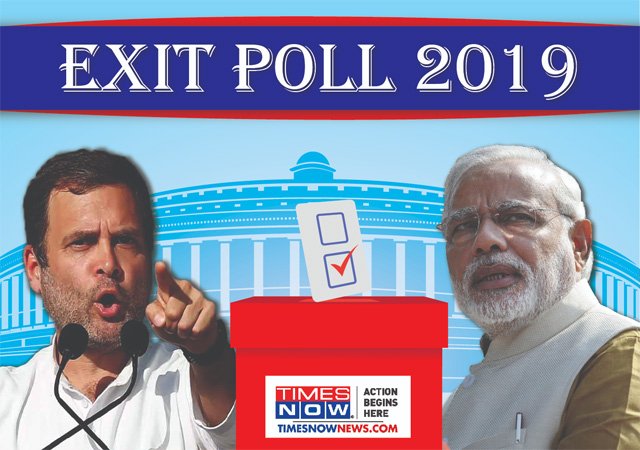 Mumbai: Times Now-VMR projection is out on Sunday, predicting that the Bharatiya Janata Party (BJP) and Shiv Sena alliance could win 38 Lok Sabha seats in Maharashtra as against the Congress and Nationalist Congress Party (NCP) combine which may bag 10 seats.

In the 2014 Lok Sabha elections, the BJP and Shiv Sena alliance bagged 41 parliamentary seats while the Congress and NCP combine managed to get six seats in Maharashtra. 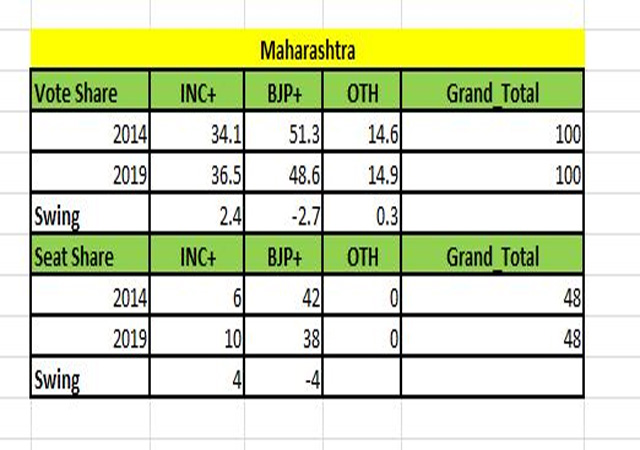 Maharashtra, which has the second highest number of parliamentary constituencies at 48, in four phases from April 11 to April 29.

The main parliamentary seats in the state include Chandrapur, where Hansraj Ahir, minister of state of home affairs is seeking his fourth term; Gadchiroli-Chimur, a seat reserved for SC candidates; Nagpur, where Nitin Gadkari has challenged Congress’ Nana Patole and Mumbai North, a BJP stronghold where actor Urmila Matondkar has been fielded by the Congress.

Complete your TV viewing experience with the best of Hollywood entertainment and News. Get the Times Movies And News pack at just Rs 13. Ask your cable/DTH provider for Times M.A.N. pack now. Know more