2020 candidate, Rep. Tulsi Gabbard presses that US must not go to war with Iran 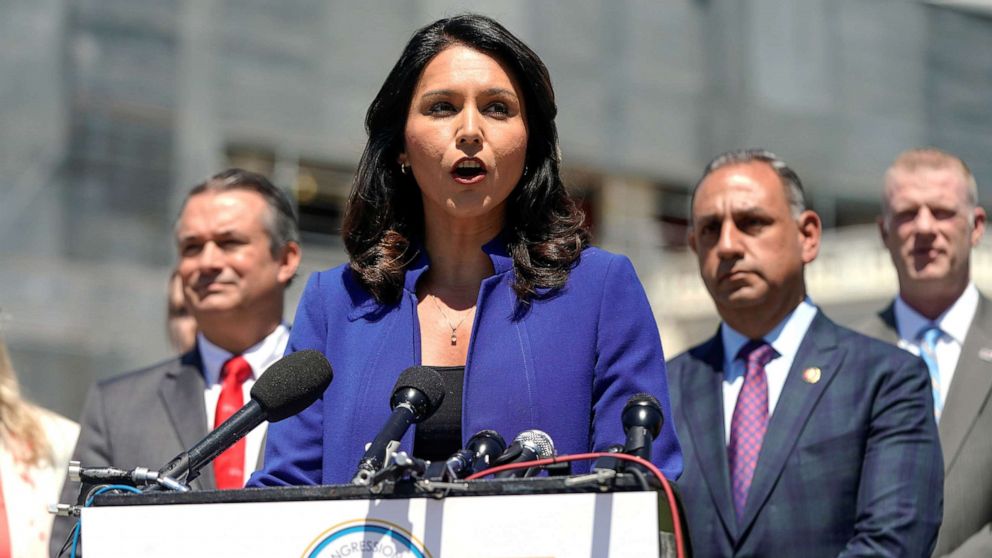 Rep. Tulsi Gabbard has made foreign policy an intricate part of her campaign and she has advocated strongly that the United States must not go to war with Iran. She reiterated her stance in her appearance Sunday on ABC’s “This Week.”

Add Iran as an interest to stay up to date on the latest Iran news, video, and analysis from ABC News.

Trump is “setting the stage for a war in Iran,” Gabbard told George Stephanopoulos on “This Week.”

She continued, “Right now he is leading us down this dangerous path towards a war in Iran.”

On Wednesday, Gabbard told ABC News that she believed actions coming from President Donald Trump and national security adviser John Bolton, “are dangerously escalating us closer and closer towards a devastating war with Iran.”

That same day, U.S. State Department ordered all non-emergency government employees to leave the U.S. Embassy in Baghdad and U.S. Consulate in Erbil, as tensions continue to build.

The 2020 candidate also serves as a major in the Hawaii National Guard and, on the campaign trail, has made clear her stance on against military involvement in foreign nations. Gabbard, who has deployed to Iraq and Kuwait, told ABC News, “I’ve also seen and experienced the cost of war firsthand. And I’m committed — as commander in chief — to end these wasteful regime change wars.”

This is a developing news story. Please check back for updates.