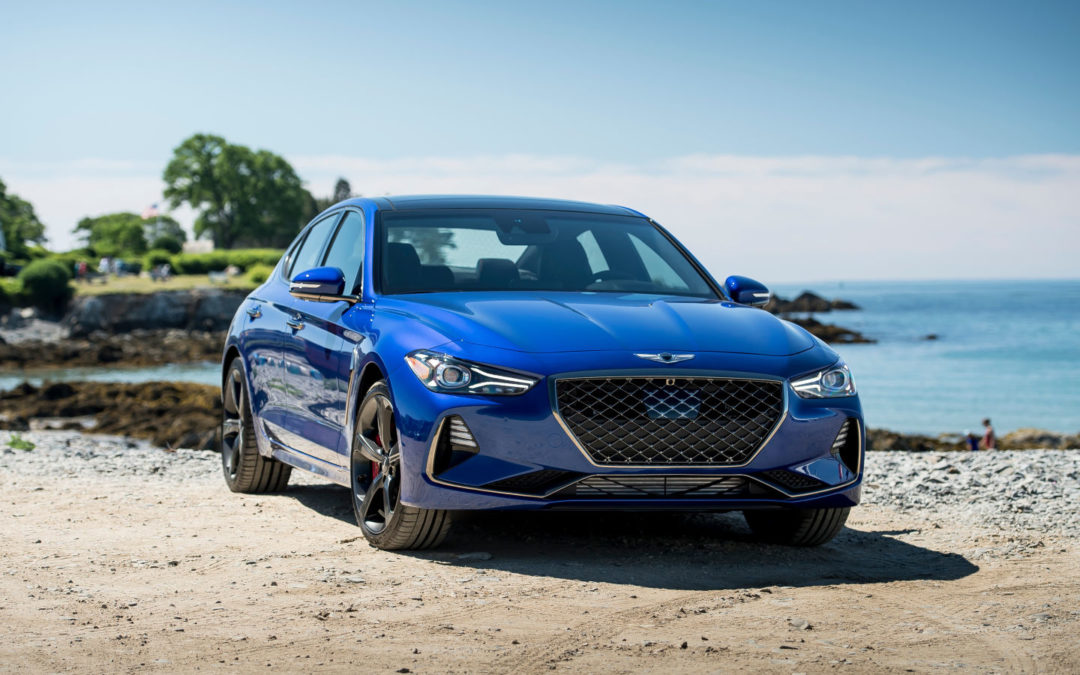 When it comes to new vehicles with manual transmissions, at least in this bleak segment of the global car market we call America, things aren’t great—even the holdouts are shedding their third pedals, and barren sales justify it. But Genesis knew its manual G70 sedan would barely sell, and brought it here anyway.

CarBuzz wrote on Thursday that, in the spirit of the trend of asking automakers their (often low) percentage of manual sales recently, it also asked Genesis how many of its G70 luxury sport sedans get purchased with numbers on the shifter instead of letters. Genesis told CarBuzz manual sales are low, basically:

The manual transmission actually comes as its own trim level, which also includes a limited-slip differential, summer tires, and Brembo brakes. With the manual, the G70 takes 6.6 seconds to reach 60 mph, which is brisk but not rapid.

Speaking to CarBuzz, Genesis Senior Group Manager Kevin Smith said, “looking at just the portion of manual sales across our G70 2.0T variants, because the manual is not available on our 3.3T variants, the 2019 year-to-date manual sales percentage is 4%.”

The 2019 G70 has two engine options that both come with either rear-wheel drive or all-wheel drive: a turbocharged, 2.0-liter four-cylinder that makes a rated 252 horsepower, along with a 365-HP turbocharged V6—but only offers a manual on the RWD four-cylinder. That’s why, the Genesis representative said, the 4-percent sales numbers are only in regards to its four-cylinder option.

The Genesis representative confirmed to Jalopnik that 4 percent is the U.S. sales percentage for manuals, and sent over current sales numbers for Genesis with a note that its “complete, new Genesis retail network” isn’t totally in place yet. (Determining the dealership network since Genesis broke off from Hyundai to be its own thing has been a whole ordeal, for a while now.)

Sales for the G70 through April, according to the charts, are 3,076, without any breakdowns of sales by engine or transmission choice. But even 4 percent of that overall number is 123, meaning 4 percent of four-cylinder sales through the first four months of the year could easily be in or near the double digits.

That would be a cause for alarm, with any other car—a threat to the existence of its manual transmission, at least in terms of the U.S. market. But the G70 kept its manual option through the 2019 and 2020 model years, and, when asked, the Genesis representative told Jalopnik via email that manual sales are right where the company expected them to be. There also aren’t a ton sitting around, the rep said, because the G70’s manual production rate is consistent with its sales rate.

“We knew the take rate for the manuals, even with the other performance upgrades that come in the 2.0T Sport (manual) package, wouldn’t be that great, but we wanted to be able to offer it to show how much we appreciate the enthusiasts in the market that prefer manuals,” the representative said. “In fact, … we stated throughout the launch that we expected the manual take rate to be less than 5 percent.”

Genesis, therefore, knew barely any of us would opt for its manual G70, but brought one to the American market anyway—something a lot of carmakers, understandably, don’t think is worth the effort. That isn’t the worst way to make some new fans.