Rafael dos Anjos calls Kevin Lee win ‘a big weight’ off his back, says he’ll quit when he doesn’t believe he … – MMA Fighting 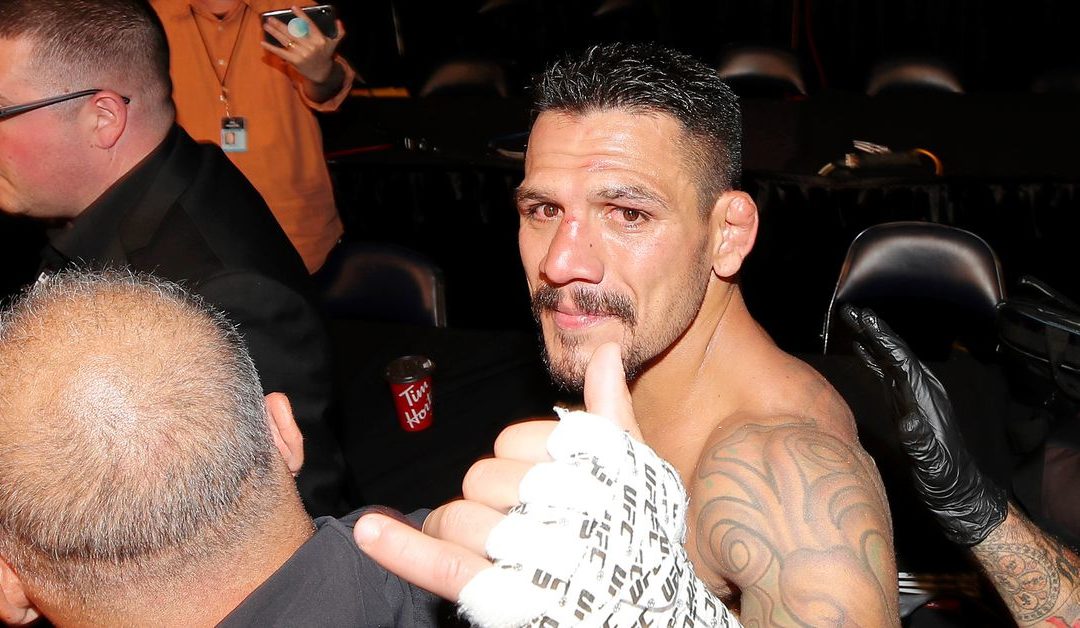 A third straight loss would have been unfamiliar and unwelcome territory for Rafael dos Anjos.

“RDA” has 11 losses to his name, but he’s never been in a slump lasting longer than two fights, and he’s only experienced two such stretches. With a fourth-round submission win over Kevin Lee in the main event of UFC Rochester on Saturday, the former lightweight champion preserved that mark of consistency.

He also kept himself from having to answer questions about what another setback would mean for his career, having already rejuvenated it once with a move to the welterweight division. Instead, dos Anjos’s post-fight interview on ESPN+ revolved around how it felt to step out of the loser’s circle.

Dos Anjos pointed to a greater emphasis on wrestling and his experience with five-round bouts as being key to outlasting the talented Lee. In his recent losses to Colby Covington and Kamaru Usman, the former for an interim welterweight title, dos Anjos struggled to sustain any offense against two larger fighters who used their wrestling expertise to stifle him.

Usman is now the current champion at 170 pounds and it appears that he’s on a collision course with Covington. Knowing this, dos Anjos is keeping his options open and he plans to keep plugging away until he gets another title shot.

“Kevin, he’s a tough guy, but he wasn’t ranked,” dos Anjos said. “He came up a division now and I think that was a good fight to put me on the winning path. I see the interim champion will fight the champion right now, probably. I’m just open. I’m not sticking too much with the rankings right now, but I have this desire in me.

“I want to be champion one day and if I don’t believe that I’m not gonna be a champion, I’m gonna stop fighting. I’m gonna quit this sport. I still believe I can make it and I’m going to work. I’m working hard on it.”

To put the importance of Saturday’s win in perspective, dos Anjos pointed out how different his life was when he picked up his last win. Dos Anjos won a five-round unanimous decision against Robbie Lawler at UFC on FOX 26 almost a year-and-a-half ago, and at that time he hadn’t even had his third child yet.

Fast-forward to now and a definitive win over Lee has him thinking about building momentum, not halting a slide.

“I’ve got an eight-month-old baby at home, he was eight months yesterday. When I fought the [Covington fight for the interim title], he was[n’t even born],” dos Anjos said.

“And I needed that [win tonight]. My last win inside the Octagon was 18 months ago against Robbie Lawler, December 2017. I feel great, it’s a big weight off of my back.”