Tomi Lahren: I’m a pro-choice conservative. I have had it with extremism on both sides of the abortion issue 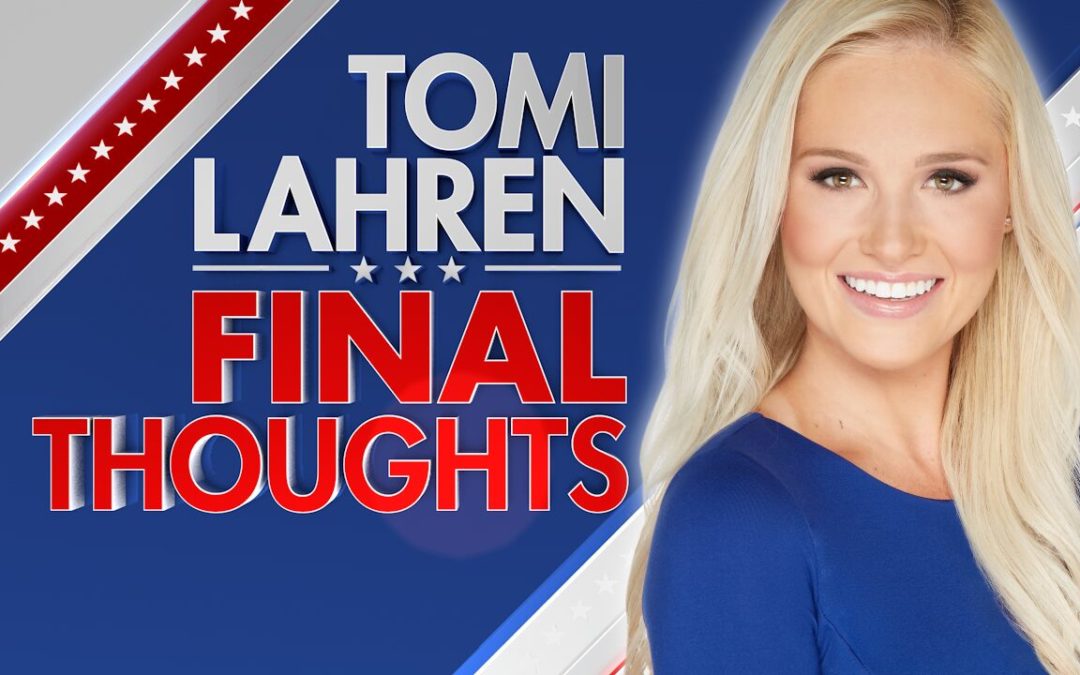 Alabama’s new abortion ban is too restrictive and will not reduce abortions. It will just make them more unsafe.

I’m sure I’m going to get a lot of heat from fellow conservatives on this stance, but so be it.

I think for myself and it’s time for “Final Thoughts.”

I have had it with extremism on both sides of the abortion issue.

Truth is, most Americans are in the middle, but our politicians on both sides aren’t representing that very well.

First, it was New York and Virginia legislatures that passed late-term abortion measures which are seen by many, even on the pro-choice side, to be too extreme.

And by the way, to those celebrities celebrating abortion, that’s just sickening.

Abortion should never be celebrated, glorified or encouraged as a form of lazy birth control.

And most pro-choice people don’t view abortion as a form of birth control, either.

You can be pro-life and believe government bans are not the solution.  What happened to safe, legal, and rare?

So let me be clear. I am pro-choice, but not pro-abortion. Here’s why.

I don’t believe the government does many things well, including regulating health care.

If the pro-life movement really wants to support women to ultimately choose life when making the most difficult decision they’ve ever had to make, do you really think a government mandate is the way to do it?

Those approaches are not only more compassionate, they are also more effective.

Demonizing and judging women in that position will not get you the result you’re hoping for — I can promise you that.

That brings me to this new Alabama complete abortion ban. It provides an exception only for the life of the mother. It provides no exceptions for rape or incest. That’s radical.

One of my good friends is a Texas police detective in the division on crimes against children. She’s handled cases involving girls as young as 9-years-old who are impregnated as a result of rape or incest.

Alabama, are you really going to mandate that a 9-year-old child must have her rapists’ baby? Doesn’t that seem a little extreme to you?

I know many of my fellow conservatives prefer “facts over feelings,” so here are the facts.

Countries with strict abortion laws have higher abortion rates according to a study by the Guttmacher Institute.

In fact, the highest abortion rates are now found in South America and the Caribbean, where abortion is strongly restricted.

Making abortion illegal does not prevent it. It just makes it unsafe and usually unsupervised by a medical professional. Does that seem like the answer?

According to the World Health Organization, “unsafe abortions are the third leading cause of maternal death worldwide and lead to an additional five million largely preventable disabilities.”

Is that what we want in Alabama or anywhere in the United States? Do we want women to resort to their own unsafe methods or travel to other countries to have it done?

Does that really do anything for the pro-life movement, for women, for people in general?

I understand the desire to protect all life, but a blanket ban on abortion doesn’t do that and the almighty government is not the answer. I’ll tell you that much.

And if the goal is to get this Alabama ban to the Supreme Court to challenge and overturn Roe v. Wade, that move will be the nail in the coffin of Trump 2020 and GOP election chances, believe me.

The truth is, most Americans exist somewhere in the middle on the abortion issue. The extremes on either side don’t represent the general consensus.

I know many on the pro-life side hear the label “pro-choice” and immediately tune out. It’s the same for those on the pro-choice side when they hear “pro-life.”

Why? Why can’t we acknowledge this is not a black and white issue?

You can be pro-life and believe government bans are not the solution.

What happened to safe, legal, and rare?

And to the pro-choice conservatives out there who feel they can’t speak up on this for fear of being called a “fake conservative,” a “baby killer” or anything else, I encourage you to find your voice and use it.

The great thing about the conservative movement is that we welcome differences of opinion, or at least we should.

You can be a conservative and believe Alabama’s ban on abortion is too much. If anyone tells you otherwise, that’s a bunch of B.S.! Think for yourself.

Those are my Final Thoughts. From Los Angeles, God bless and take care.

Adapted from Tomi Lahren’s Final Thoughts monologue on Fox Nation on May 17, 2019.